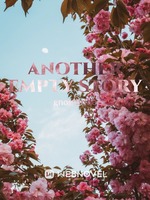 When the empire of Wuye was but a toddler attempting to stand on its own hind legs, there existed a notorious group of killers by the name of Blood Hounds. As lore would sing, within these assassins lived two, young girls.

The fox was an erratic and unpredictable being, destined to bring men to war. And seemingly, her prophecy is tempted when she is tasked to kill the general of the royal army. A man whom she deems unfit for the evils of death, she betrays her duty to spare his life.

The wolf, most sought-after assassin within the kingdom, was a silent and obedient servant to her master. Never questioning what was asked of her, her only focus remained to carry out her assignments precisely and without fail. However, a chance encounter with ambush leaves the girl indebted to the empire's fourth prince, and as she vows him her life, she suddenly finds herself on mission to set herself free.

Love, betrayal, heartbreak, and war... these encounters that are played only through the palms of the deities will change the course of more than their own lives. What awaits at the end has been predicted since the moment they signed their souls to a life to killing.