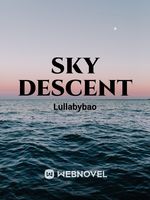 A small figure clad in black was observing what was happening from the top of a 20 floor building. The neighboring buildings were swarming with snipers, but the presence of the tiny 5ft child was not noticed by them.

The city was bustling with various activities. The most noticeable commotion was near Grant casa hotel, so everyone was aware it was some political figure that is being escorted with the Interpol protection. The entire street was filled with armed police guards and the building rooftop nearby each had a sniper protecting this political figure.

Man with an imposing aura walked out of the hotel lobby. His eyes that looked the darkest night were observing the security measure taken to protect him. He was Current president of United States T. He looked to his side as he entered his armoured car.

Guard1 informed, "Tighten the security. Alpha is on the way to the entry, if there are any suspicious figures, apprehend them immediately". The orders were given to the Interpol to protect this influential Figure; even the Interpol was not ignoring their duty.

The small figure observed all this from the rooftop and disappeared into thin air.

Inside the armoured vehicle, the president raised the privacy shield and started looking for a glass of wine. "Wine in the morning, wow that's degenerate" the small figure that appeared mysteriously in the car said. This shocked the president into dropping the wine bottle.

"It's you again" he said with fear in his eyes.

"Of course it's me. We told you we would visit, didn't we?" the young black clad lady questioned the petrified man.

"Ye... Yes Goddess Aphrodite, I didn't expect your visit to be this soon," The president replied with trembling lips.

"Sooner or later this day was meant to come" the young lady mentioned as she sneered at the stupid human.

"Yes, yes, you gods own this world after all" the president started flattering the young lady.

"Enough of your stupid words. We will arrive by nightfall 3 days from now. Let the humans prepare, it will not be a smooth descent," she declared, and she disappeared into thin air.

'The day is here. The day gods are coming to reclaim what is theirs," The president thought as wiped his precipitation.

"Oh my god it looks so pretty" a little girl laughed in glee as she looked at herself in the mirror. She twirled around and her hospital gown fluttered as she moved.

"It's so soft. Like velvet" she giggled as she kept petting her hair.

"You like it?" a young woman wearing a black beanie held her hands as she smiled back.

"I LOVE IT" the little girl jumped into the younger woman's embrace. But the little girl lost her smile soon as she saw the beanie, "But don't you feel sad with no hair."

The young woman removed her beanie to expose her tonsured head. "Why would I? See, I have the perfect head shape to pull off this look. Like a perfect egg. Look it even accentuates my cheek bones and my jaw line" the young woman started making weird faces.

"Reya you are silly" the little girl giggled as she held her sister.

"I am your my sister after all, I was just born silly" Reya said as she lifted her little sister above her shoulder.

"But now it's time to sleep" she added as she gently placed her sister on the hospital bed. She gently removed the wig on her sister's head and said, "Why don't we hang this bugger up."

"But Reya, I don't want to" the little kid whined as she held onto the wig.

"Mina, be good. If you keep wearing it during bed time, it will get tangled up quickly. So we should hang it. Here, I'll keep it near your bed. Is it okay?" she gently asked her little sister.

"Hmm okey. Goodnight Reya" she said as she started dozing off.

She walked out of the ward and slowly closed the door. She found her mother in the nearby waiting area sobbing into her arms.

"Mom, what did the doctors say?" I held her mother's weak body.

"There is no cure. They can't do it. Even with treatment, the cancer is not reacting well. Oh my god Riya, they said it was incurable and that she will only live for 3 more years," my mother said as she started sobbing onto my shoulders.

"Mom, don't give up hope. In two years they might find a way to treat her cancer" she tried consoling her sobbing mother. Her mother hummed as she kept crying.

Her sister Mina was diagnosed with Indolent Lymphoma when she was just 7 years old. Mom was devastated by the news. They started the treatment immediately, but it did not react well with Mina's health so they stopped it. Last month on her 9th birthday she started having severe abdominal pains, so they had to hospitalize her again. Even though they know that the treatment was not doing anything, they gave it another try. But this treatment also didn't help.

Mina started losing hair as soon as the treatment started. She started throwing fits and refused to eat. So they bought her some synthetic wigs, but she had scalp infection the next day.

They could not afford human hair wigs because the treatment cost itself is taking a toll on our budget. So she tonsured her hair to make a wig for her. Seeing Mina happy was all she ever wanted.

'God if you are there, please hear my prayer. I want my sister to be cured. Whatever the cost maybe, please help her,' she prayed in her heart for any miracles to happen.