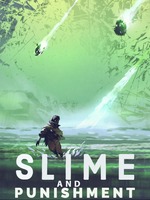 Waking up in a white room, surrounded by bones wasn't how Chris planned on spending the rest of his life. He hadn't planned on ending up in an alien laboratory full of caged monsters either.

Inducted into a world with strange blue screens that hint at a world of fantasy, magic, and danger, Chris must survive until the System whisks him away for the promised Tutorial. If help comes too late, Chris risks becoming something less than human, or something more...

Releases: 3 Chapters per week (5 per week on other sites/platforms)