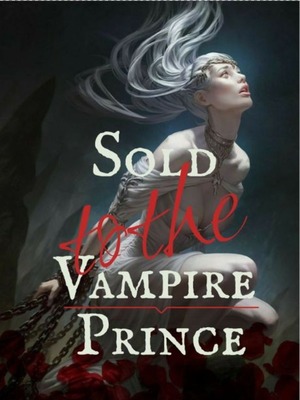 Sold To The Vampire Prince Vamp-romance.

The human world as we call it, is no longer the bountiful and pleasurable world we knew it to be back then ever since vampires came out from the shadows and dominated us.

We were treated and tortured more like animals than slaves. We were nothing but blood bags to them.

We had no rights of our own, especially once bought by one of these monstrous creatures.

The only few humans who made it were the influential and toff ones, who sold their families and dignity for their own freedom.

Vampires aren't the sweet characters made out from fiction.

That's quite untrue and a lie.

They kill and torture us mostly for fun or entertainment, and most of the times to remind us that we were nothing superior to them.

To make it all worse, I was born a vampire hunteress, which made this whole situation even more dangerous and ruthless for my survival in this cruel world.

According to legends, she possesses special abilities that can level up a vampire's ego and dominance to an unimaginable height, completely making the vampire unbeatable and undescribably controlling, in power and strength.

But only the one who can tame the heart of a huntress could be granted a divine wish from her.

However, due to my ignorance, I lost four of my siblings during the abortive war raised by my dad against these creatures.

And ever since then, I was sold and handed from one vampire to another like some kind of trash.

All these happened when I was thirteen.

I've been in this pathetic cage of my pet master's for literally six years now.

No vampire spared an eye on me for a pet ever since they heard about the rumours of my kind.

Except that one did.

The PRINCE of the vampires.

Now, it's up to me to play my cards perfectly before my time in the kingdom runs out.


WARNING:
*OFFENSIVE/SEXUAL CONTENTS*
{PARA- NORMAL VAMPIRE SLAVERY STORY, DONOT READ IF YOU'RE NOT A FAN OF SUCH TWIST}.