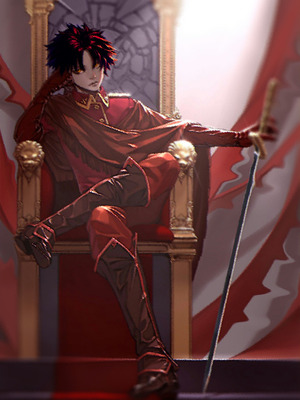 His name was Hector, if he remembered correctly.
Former member of the guerrillas in his hometown lost on the remains of a forsaken Earth. Still young, but scarred by the desolation of combat, his elders decided to let him rest and voluntarily send him to a parallel world, where he would no longer suffer.
However, not everything is going as planned, reappearing in the body of a person who has just been slit's throated isn't good news, plus, after crossing the dimensions, his soul got some demons clung to it, wanting to steal his new body.

Hector succeeds in forming a contract with them. They would teach him to become stronger in this world, to control himself, to meditate, and in exchange he would bring them all kinds of energy necessary to create a new hell in a world where the heaven rule.