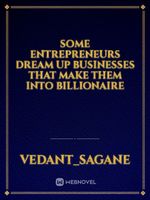 Some entrepreneurs dream up businesses that make them into billionaire

Some entrepreneurs dream up businesses that make them into billionaires virtually overnight while others work for decades to join the three comma club.

It takes the average billionaire 21 years to make their first billion, according to an analysis of the Forbes' 2020 Billionaires List by British sports betting firm OLBG. Some, like Facebook CEO Mark Zuckerberg, do it much faster while others, such as Zara billionaire Amancio Ortega, take a bit longer to amass their massive fortunes.

No one on the 2020 Billionaires List was inducted into the three comma club faster than eBay founder Pierre Omidyar, however, who made a billion dollars in just three years after founding the online auction house.

Keep reading to see how long it took some of the richest people in the world to make their first billion, listed in order of slowest to fastest time to billionaire status.