Sona, A Goddess Queen in a Modern World. - Contemporary Romance

/ Contemporary Romance / Sona, A Goddess Queen in a Modern World. 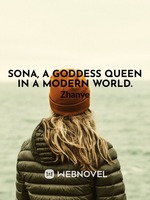 Sona, A Goddess Queen in a Modern World. Sona

This novel has a shared universe with "Aatrox, A God King in a Modern World".

Sona, with no memory of her parents, was abandoned in an adoption home accompanied by a strange musical instrument. The caretakers tried to sell it, but the strange instrument always appeared again somehow. After many years, people who thought she was just a quiet child discovered that she was not capable of producing any sound.

With this deficiency, Sona studied the strange instrument with the help of her foster mother and invented a new way to cultivate. Becoming the Goddess Queen of Music, Sona achieved enough strength to destroy planets with only one musical note. But to her disappointment, she could never become a God Empress.

After a disaster caused by the struggle of the two most powerful beings in the universe, Sona died and was transported to the body of a young teenage girl on modern earth.

How will Sona use knowledge as the Goddess Queen of Music and one of the most powerful goddesses of the universe in this new body that now doesn't stop her from speaking?

Will she become the biggest star in the world?

** Disclaimer: The book cover design isn't mine, if the author wants me to remove, please email golldrum@gmail.com I will remove. **