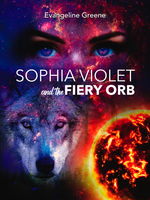 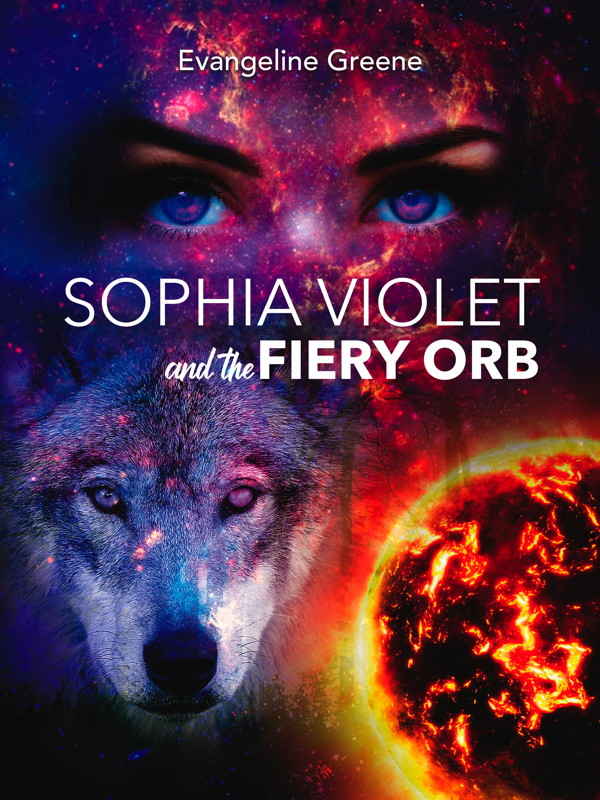 Sophia Violet and the Fiery Orb

Fourteen-year-old Sophia Violet doesn't think her life can get any weirder, but it does. In a big way! In a few short weeks, she grows from an awkward teenager accused by her adoptive parents of having an overactive imagination to reluctantly leading the battle to save two worlds from destruction. Along the way, she encounters a host of wonders, including shapeshifting creatures from wolves to wombats, mathematical forests, and a powerful Orb that holds the key to her true identity.
Joined on her journey by her best friend, Luna, who secretly pops in and out of her life, in Book 1 of this original, middle-grade/young adult fantasy trilogy, Sophia struggles to balance the weight of both worlds on her shoulders. Also at her side is a pack of protective wolves gathering on her fire escape each night and a mysterious cat that saves her life. Did they have anything to do with that strange old woman, Esmeray, and her son, Rayson, who Sophia caught lurking beneath her New York City apartment building?
Things come to a head when the Principal invites Sophia to a summer camp for special students like her. There she discovers Chiralis, a mysterious world on the brink of extinction. Through a series of dangerous adventures, Sophia is quickly entangled in Esmeray's plan to steal the Orb and use it to destroy both Chiralis and Earth. Simultaneously, Sophia makes shocking discoveries about her mysterious origins and comes to realize she's so much more than she ever imagined. But can she overcome her fears in time to embrace her true identity and the responsibilities that come with it, a commitment that will change her life forever?
Sophia Violet and the Fiery Orb is created by Evangeline Greene, an eGlobal Creative Publishing Signed Author.