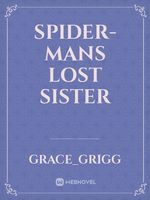 Chapter 1: How it started

Everyone knows about Peter Parker also known as Spider-Man. But what if he had a sister? What if Aunt may couldn't take care of both of them? What if the girl was younger than Peter because if I'm not mistaken Peter's parents passed when he was six? What if the girl was put in foster care? "What why do I have to go to another foster house?!" Grace whined. "Grace look I'm sorry but the family didn't want you" a women said trying to cheer her up " they never want me just tell me the address and I'll walk there myself" the women told grace the address and she walked there however she noticed people or men were following her she turned around and they also stopped she looked at them and on there chest plates they had the words 'h.y.d.r.a well that's a dumb name' she thought just then she felt something in her arm one of the males injected her when was lost in thought. They tried to grab her but she fought off. They ended up all passing out and grace was supplied how she didn't even break a sweat. She carried in walking like nothing happened then he go to the house and knocked in the door. "What do you want" a man who clearly had alcohol and cigarettes chocked out. " I was told to come her in grace whatever your last name is the new foster kid" he looked her up and down "well you better come in and just use your real last name I don't care" that's when she realised what is her real last name? She has been threw so many houses and had to change her last name she forgot her real one she thought she'll stick to her old last name. "Oh ok where's my room" he just pointed to upstairs. She found it as there was only 2 bedrooms but she settles down. She the remembered that she was injected by something she then looked in the mirror and she grew?? She was original a small girl she was only 14 but now she looked 16. Her first thought was that it was the liquid. She then came to the realisation that the injection made her taller,stronger and faster. She noticed how it should have taken her 1 h to get her from where she was attacked but it only took her 30 mins. She decided to check if this was true. By this time she had been in the house 4 hours from unpacking and wondering what was happening to her. She punched her wardrobe only slightly and it made the largest bang. She could hear her new 'father' walking up the stairs. He burst threw the door and punched her. She could tell he was black out drunk but she new she would have a black eye. "W- what do yo- you think you- your doing up her-here" the younger was terrified she knew she had to leave the house "n nothing sir" he left her room looking quite pissed and she did it. She packed her stuff and left she was only there for no longer then 6 hours and she already left. She lived in NYC so she just walked to a bench and slept there wondering what would happen tomorrow