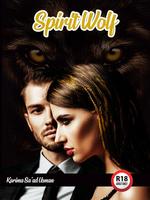 He was the next Alpha and she was a refugee who sought refuge in the wrong pack.

Samantha was fated to Alex (the son of the Alpha and future Alpha of his pack) She was mistaken to be the daughter of a rogue when she went to seek refuge in the Yellow moon pack. They accepted her but she had to work as a servant in the pack to earn her keep.

Alex later discovered she was his fated mate and did not reject her at first, in fact, he accepted the moon goddess's match.

They had mated but he never marked her to complete the bond. On her 21st birthday, he proposed and all was going well until tragedy befell the pack and he was forced to mate and mark Hilda (the daughter of his father's beta) for protection and the survival of the pack.

The fact that Samantha was presumed to be the daughter of a rogue and a servant did not help her chances either. He finally rejects her and gets together with Hilda, whom the pack believes will bear stronger untainted Alpha wolves.

Samantha and Alex still feel the mate bond but they can no longer be together. They both try to move on but find it impossible to do.

Eventually, Alex finds out he has made a big mistake and tries to find a way out of the fate he has created for himself.

Unfortunately, werewolves mate for life. He tries to win back Samantha's trust and end his marriage and relationship with Hilda. This will be a difficult task because there are rules but Alex intends to break every single one of them to get his fated love back.