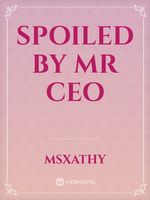 This is a story about a woman who has not seen affection and love from her family since the death of her real mother. Being an alien at her own home, she decided or was forced to decide to live abroad.
Her mother’s paltry inheritance could not give her much money so she returned and started working as a delivery girl with a small side business venture. In this world of heartless, she has learned to live alone. But there is someone whom she can call her own.
This person is her boyfriend for the last six years. He is a well-known businessman and stays out of the country for most of the time. He is her fiancé now and is coming back to the county soon. It seems like she would be able to celebrate his birthday this year.
One day she finds him making love with a girl in a hotel room. She calls the police for drug abuse and illegal escort service procurement. As the woman with him gets busted along with the unfaithful fiancé. She learns that the girl in the room was none other than her own sister.
Furthermore, her sister is pregnant with the child of her fiancé. This is beyond the capacity of this girl to bear and thus she turns to alcohol that night. But under the high influence of the alcohol, she finds herself in the bed of a stranger the next morning.
He has the marriage certificate with her signatures on the table. What has she done? Is her life ruined?

PS. this is not my own novel and it is originally a chinese novel