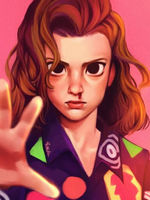 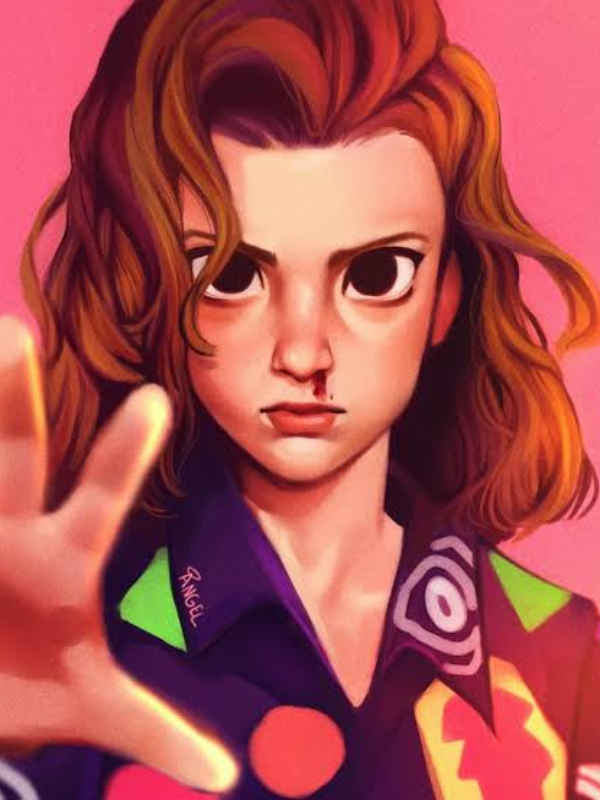 A ten-year-old boy was in a dark room, his arm covering his foot and leaning against a cold wall.

The boy's eyes were bloodshot, the color of his eyes was black like an empty space, and his hair, like his eyes, was black.

As he leaned against the cold wall, the door to the room opened, revealing a man in a white coat.

With a calm demeanor, the man approached the boy and soon found himself in front of the boy.

The man looked at the boy with pity as he clutched the boy's arm and dragged him out of the room with force.

While dragging the boy, the boy with black hair turned his head and stared at the scientist with empty eyes.

They passed through every door with a thick layer of glass imprinted in the wall, the sound of a pained groan emanating from the door.

Soon, both of them were standing in front of a thick metal door, which they entered, and an elderly man can be seen sitting in a chair with a smile on his face. The elderly gentleman wore a tuxedo shirt and had white hair.

The man in the white coat motioned the boy to a chair and said. "Sit down, don't be afraid; we'll just test something on you and we won't hurt you."

when the black-haired boy heard it. "Are you sure about that?" He said it in a flat tone. and keep going with "Promise?"

The man in the white coat was shocked not because of what he said, but because he didn't know what he would say.

"Of course, promise," the man in a white coat said, smiling as he crouchted and carelessly stroked the boy's hair.

The man in the white coat shifted his gaze to the old man in the tuxedo, who nodded with a smile on his face.

The boy sat in the chair, facing the old man, who was dressed in a black tuxedo.

"Hello there, child," the old man said with a smile.

"h-hello," the boy said nervously, his gaze fixed on the old man's.

The boy nodded nervously, and you might ask why he was nervous. The boy's instinct told him that the old man was dangerous.

Soon after, the old man rose from his seat and walked over to the boy's side. "My name is Martin Brenner, and you can call me Papa if you want," the old man, now Brenner, said eerily.

The boy nodded, looking directly at Brenner's eyes with his cold eyes; the danger he felt was no longer there, so he didn't need to be afraid.

They talked for a while, and then a scientist entered the room, holding a piece of paper in his arm.

"OK, I'll wait for you there." "What's your name, child?" Brenner asked the scientist as he walked in front of the boy.

"I don't have any, name," the boy replied slowly.

"Okay, the I will name you, you will be Five, wait for me here son," Brenner said hurriedly as he walked to the door, but he looked at the boy one last time before leaving.

The boy, on the other hand, stood there silently staring at the closed door.

After 5 minutes, the door opened and he looked at it attentively. Three people walked in, with a girl scientist with black hair in the middle and two guards following her in the back.

"Get that boy and take him back to his room," the girl said solemnly, as the two guards in her back walked over to the boy, they both clutched his little hand.

After that, they bring the boy back into his room, there where he had left. As for the boy, he was just there again, leaning against the cold wall, his vision obscured by darkness, waiting for someone to open the door again.

1 month later, he thought his papa was going to be good, but after they met, his papa would take him to the lab every day and experiment on him.

He cried every day because he felt pain every time he was experimented, while his papa watched him through the glass door, and five called him every day crying for help, but when he told his papa, his papa did nothing.

And at that point, he would simply stand there waiting for another experiment; after so many experiments and chemicals in his body, the pain he was experiencing was no longer present.

He can't feel anything, even if he gets stabbed in the torso by accident, and then the scientist will do that to him.

But he can't do anything; he's just there while the scientist experiments on his lifeless body.

They did it for him just to see what would happen, and they didn't spare him whether he begged or not.

And his papa didn't even help him when he saw him, he'll just show up when he's finished experimenting and hugged him of he was doing good.

But there is someone who is similar to him; they both the same age, and is it a girl or a boy? He had no idea, but she/he had shaved hair and his/her body was skinny, but not that skinny.

Hi guys it's me author san I'm just a newbie writer, English is not my main language too.

well guys, if you guys have any ideas just comment and I will think if it's good.

if you have any spare power stone why don't you give this fanfic a power stone?