Stronger From A Sapling - Eastern Fantasy

/ Eastern Fantasy / Stronger From A Sapling 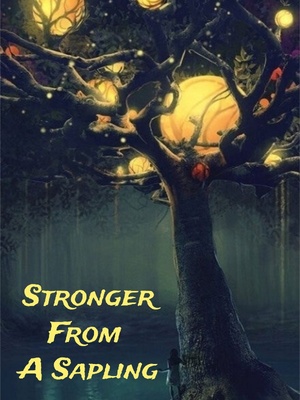 Stronger From A Sapling

Eastern Fantasy -- chs / week This is the average realized release rate over the past 30 days. The translator’s schedule is -- chs / undefined. 275 Chapters 1M Views

"After waking up, Ning Tian was surprisingly reborn as a small sapling. Before he could react, a powerful system appeared, explaining the reason.
Because of the advent of the system, directly the planet began to enter the age of spiritual revival. The spirit revived and all things began to rise.
The beasts began to roar with excitement and bloodthirstiness, shaking the mountains and rivers, and countless human strongmen appeared in droves to fight for their country and glory...
However, in the middle of a deep mountain, an emerald green sapling with a huge life force rose directly from the ground.
Ning Tian, who possesses the system, can evolve infinitely and can eventually become the god of trees. And the fruit he produces can give the man a strange gift, even the evolution of the beast, the essence of life in his body can make all things crazy, and his own spirit can nourish all things."