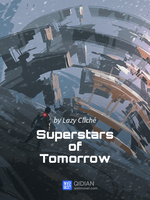 Chapter 1: The New World after the End of the Old

After a devastating meteor shower, the apocalypse beckoned as foreign elements sparked deadly mutations in animals, and micro-organisms invisible to the naked eye unleashed countless epidemics.

On top of their own diseases, mankind had to deal with mutated beasts. Threats loomed everywhere and a torrent of microbiological mutations lurked as illness and disaster halted progress and curbed productivity.

Bustling cities were reduced to ruins and vast plots of fertile land turned to hellish wastelands.

Fang Zhao couldn’t remember how long he lingered in that apocalyptic world, how long he fought.

He could no longer remember.

Before the apocalypse, he was a somewhat well-known composer whose career was on the rise. Just as he was about to release what he considered his best work, the mother of all wars arrived. He fled for survival and led troops into battle.

When conquered lands were recovered one after another, people thought the war would end soon and prosperous times would emerge. Yet this was when he collapsed, in the darkness before the dawn.

"If you don’t have the determination to fight to the death, then this war will certainly be lost."

"That’s why earth’s population has dwindled from 8 billion to 80 million."

"I’m not afraid of death, but I am afraid of a Pyrrhic victory."

"That’s good. When we win, I’m going to find a place and start herding again. Boy, how I loved the ranch where we lived when I was a kid—the blue skies and the green pastures. What about you, Old Zhao? Are you going to relaunch your career as a composer?"

"Relaunch? I never stopped in the first place."

In Fang Zhao’s head, a conversation he once had with his comrade Su Mu suddenly popped up.

The cries of his men facing imminent death and the howls of the mutated animals began to fade. The extreme pain from decades of illnesses and deadly wounds had been wiped from his memory as his body began to recover its senses.

The vitality of a withered tree that meets the spring was confusing to Fang Zhao. After all, he was more than 100 years old, an emaciated old man with damaged fingers. Even though his body had mutated and strengthened as a function of his immune system, he was still bogged down by injury and illness. He was also an old man. He felt like an overheated engine all the time and could no longer relax at will.

Just when Fang Zhao was about to carefully feel out his body, his brain was assaulted by a pain resembling pricking needles and barraged with images he couldn’t recognize, crowding his head to its breaking point.

As he gradually gained control of his body, Fang Zhao’s eyelids spasmed and he sat up to take deep breaths. The overloading of his brain blurred his vision, but as his headache faded, his vision resumed too, and Fang Zhao took in his unusual surroundings acutely.

With instincts and sensitivity honed from countless battles, Fang Zhao could tell without looking that he was in a foreign location.

It wasn’t an unknown location.

A scene appeared in his mind, a seemingly very familiar scene.

This is where he used to live.

He died in that end-of-days war, but now he was reborn into the body of another person also called Fang Zhao. He survived.

Fang Zhao raised his hands and examined his 10 young, intact fingers. He dangled his legs, which were weak but felt no pain.

This was a young and healthy body.

Fang Zhao’s brain contained his own memories—the battles that led to his death were crystal clear, as were his nearly 100 years of fighting and being on the run. But at the same time, he was also equipped with the memories of his new host body.

This young man also named Fang Zhao was merely 23 years old and was about to complete his tertiary studies.

He was a young composer.

He was dumped after graduation and cheated just when he started his new job. A friend he considered a blood brother betrayed him and stole three months’ worth of his work. Succumbing to the blows, this man chose the final resolution—suicide.

Fang Zhao was puzzled. Apocalypse had been avoided. Why would anyone give up on life in such a beautiful world?

After all, it was merely a case of heartbreak, piracy, and betrayal.

Did the world fall apart?

But after all, these were peaceful times after what was thought to be the end of days. People thought differently in times of peace. Fang Zhao also lived during peacetime, but it was too long ago and such good memories had already blurred by a giant sea of bloodshed.

How did people from peacetime think?

As Fang Zhao canvassed the memories of his host body, exasperation mixed with pity. Someone who chose to resolve things like this was too cowardly. It was a form of avoidance. The host was dead, and yet the person who poached his work was living happily and enjoying greater status. Was his death worth it?

In any case, Fang Zhao felt it wasn’t. Current grievances were best avenged in the present—who knew if there was an afterlife.

The original owner of his body was afraid to confront his circumstances, but Fang Zhao was different.

Someone who had endured the end of days naturally had a different temperament than people from peacetime.

The more memories he uncovered, the more amazed Fang Zhao was.

There really was a new world.

All those years of battle and all those of years of hellish living were worth it. While searching the memories of his new body, Fang Zhao remained vigilant toward his surroundings as well. Even when he was in a safe environment, Fang Zhao couldn’t relax. It was an old habit cultivated during the end of days, which was also why he was able to survive for so many years.

As a whining sound from nearby grew, Fang Zhao stopped searching his new memory and looked over.

He had already sensed another life form in this narrow room, but it posed no threat and didn’t signal the intent to attack. Drawing from his experience from the end of days, beasts like this weren’t of the violent, mutated variety, so he didn’t pay much attention. Fang Zhao only shifted his focus as the noise grew.

It was only a small dog with tangled, finger-long fur. Its coat was stained with an unknown substance. It was very skinny. Remove its fur and all that was left was a veiled skeleton.

The stray dog the original owner of his body had adopted before committing suicide.

After adopting the dog last night, he fed it a spiked dinner. He ate half and fed the remaining half to the dog – both portions were mixed with poison he bought from a drug store.

An empty bowl lay on a table nearby. Its drugged contents were gone, but the plate next to the dog was left untouched.

Fang Zhao knew from his new memories that the dog was in poor health last night. He could barely stand. A day later it seemed in better shape, but it still had trouble getting up. It lay there with its head titled slightly, his neck twisted in Fang Zhao’s direction. Tail wagging, its black eyes started at Fang Zhao.

Fang Zhao dangled his legs. Even though they were weak, he could walk.

He planted his feet on the ground. The wholesome feeling that traveled from the soles of his feet to his brain made his heart race.

Fang Zhao walked carefully and deliberately, as if verifying the reality before him.

Soon the probing steps became confident moves, as every cell in his body came alive with his heightened mood.

How lucky he was to return from the dead.

Fang Zhao walked toward the dog, knelt, picked up the plate of unknown material carrying the muck that was the poisoned food and tossed it into the garbage can.

As he bore witness to Fang Zhao’s actions, the dog’s spirits appeared to be lifted and his eyes became more expressive.

There was no more food in the apartment. Drawing from his new memory, Fang Zhao took a bowl from the cupboard. He felt the surface of the bowl and determined it wasn’t a material he knew. It looked ceramic, but it felt like some sort of plastic composite. It was very light.

His brain contained vague memories about the new material, but Fang Zhao could only gather from these fragments that it was a material that dissolves quickly in certain conditions without releasing any pollutants.

Fang Zhao dropped the matter and fetched half a bowl from the pool, which he knew about his new memory, and placed it in front of the dog.

The dog got up with a swagger, looking like it would collapse at any moment. But it stood stiffly and lapped up the bowl of water, its tail wagging slightly.

Even though it was a stray dog, it was still doing its best to survive.

Fang Zhao looked at that dog, then focused his attention on the small apartment.

It was about 20 square meters, crowded and messy. One corner was a total disaster. But his new memory told Fang Zhao that the same corner was the tidiest part of the room before yesterday.

That small corner taking up about four square meters was where the previous owner of his body worked. All the songs he composed in the past two months were completed in that cramped corner.

Many of the tools and appliances in the apartment were alien to Fang Zhou. He had never seen home appliances before. But he could decipher everything with his new memory. As long as his new memory was fully integrated, he could navigate his new world easily.

Fang Zhou walked toward a spot and pressed a small button on the wall. A waist-high cabinet thrust forward. A mirror was placed on top of the cabinet.

Ignoring the mirror itself and the material of the cabinet, Fang Zhao carefully examined the man in the mirror.

The original owner of his new body looked somewhat like Fang Zhao, even though Fang Zhao couldn’t remember what he looked like when he was a young man. Still, the face in the mirror looked a bit familiar, based on Fang Zhao’s own memories instead of his new ones.

The two Fang Zhao were cosmically linked after all.

Even though he didn’t know how he obtained a healthy new body, Fang Zhao disagreed with what its original owner did. But now that he inherited his body and memories, Fang Zhao had to take stock.

Staring at the eyes in the mirror, he said in a serious tone,

"I’m taking over the life you abandoned."

"I will exact revenge for you."

"I will repay your debts."

"So your dream is to become a world-famous composer? It just so happens I used to be one."

Fang Zhao was actually quite ambitious, but he had landed in a new world that he didn’t know, after all. As grand as his ambitions were, they had to be grounded in reality and competence. Maybe he could fulfill the dreams that he couldn’t during the end of days.

Anyone can talk big, but before adapting to his new surroundings and figuring out his skillset, talk was just talk.

Fang Zhao shoved the cabinet back into the wall, walked toward the window and opened it.

It was nearly noon and the weather was great. The curtains had been drawn already, but the apartment was still dim, because this was a "black" street, a slum-like neighborhood.