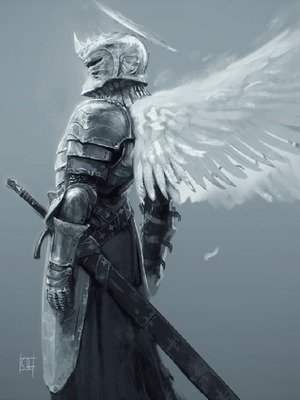 Ollowyn’s Life began unlike any other. Born with snow-white hair, he was brought into the woods to die according to age old traditions. Left to the will of the gods, the helpless child waited for his death.

However, the gods showed mercy. A young wolf cub, lost and cut off from its mother, stumbled over the young Ollowyn. Half frozen to death and dead tired, it snuggled to the warm body. When it was found by the mother just hours later, Ollowyn already smelled like one of her own.

Adopted and cared for he grew up among wolves. He learned to live after the rules of the pack, continuously fighting to survive. As the years went by, he grew stronger than his brothers and sisters, hunted with different means.

But even though he loved and adored his family, he noticed more and more that he was different. No fur, no claws and as much as he tried, his teeth would never find prey by themselves. What made him different? The urge to find answers grew with every day, until he set out aged seven to find them.

But after days of searching hunger and exhaustion brought him to his knees as he collapsed on a dusty road.