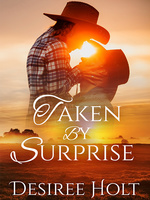 Jessie Coford had a plan: work hard, save money, open her own restaurant. She sacrificed her relationship with the man of her dreams to get it. Then, in the blink of an eye, she lost her job and her apartment and her life crashed around her. Until a letter taking her to Fort Mavis, Texas, and an unexpected windfall.