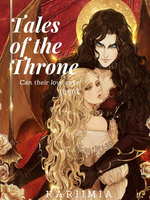 Tales of the Throne: Queen Queen

For thousands of years now, queens have been ruling our kingdom. When a Queen's reign has come to an end, a successor must be chosen by what we now know as The Rule of Cardinal.

Miss Katherina Daventin, a young naive and innocent girl, has been chosen by the Cardinal to rule over the people of Nydisia. A people that would much rather prefer her dead. In a world where supernatural beings have not been kept a secret, she struggles to prove herself as a human chosen to rule a multitude of diverse creatures. Even in modern-day times, the values of the olden era have still been upheld for the sake of tradition.

General Lucian Williams, one of the strongest beings to walk the earth, the King of the now-dead land of Avingora and the son of Queen Orizelle, fights alongside Katherine to help her stake her claim to the throne as it is his duty as a General, and slowly love surpasses duty. The leader of the rebellion rises up against the Kingdom on the claims that the Cardinal is corrupt, little do they know their leader has other plans in mind.

While Katherine and General Williams embark on this journey to save their kingdom, fight for what belongs to them and fight for their lives, they come across many challenges that only time will tell if they'll be able to withstand the pain. However, in order to save Katherine, Lucian does something irreversible, something he has to live with for the rest of his immortal life.

*This is a slow burn book, it is not going to be rushed as you will see a lot of character development and growth in the plot at a steady pace.*

Disclaimer: This cover does not belong to the author.