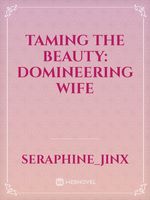 She, Hu Guan Yin, is the new rising Best Female Actress of the Entertainment Industry. She is also known as the long-lost daughter of the prominent family in City A, the Chen Family.

Her younger brother is working as an doctor in the most prestigious hospital in City A. While her older brother has been the one managing the company.

While, she was just a flower vase* in other people's eyes. But, what others didn't know was that she was an assassin that constantly gives the people in the military an headache.

He is the king of the underworld that many people feared but is her eyes he is just a big teddy bear.