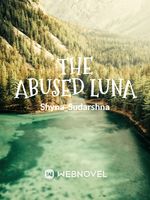 "I know alpha that you do not wish to have me as your mate so you can go ahead and reject me" I cut him off feeling brave I once felt before my life became a nightmare.

His eyes were big as saucers as he stared at me in amazement and there was a flick of anger clearly visible in his eyes oh no I'm so dead but this ends ones and for all.

"I Avy Grace daughter of Jacob Grace hereby reject you, Zander Black alpha of crescent moon pack as my mate"

Zander Black a soon to be Alpha of Crescent moon pack. Ever since he was young he despised the wolves who seemed like a threat to his pack. Avy is not an exception either as he torments her to no limits as a revenge of his mother's death.

What would happen when The Moon Goddess decides to mate hem together? Read to find out.