The Art of Killing Gods - Fantasy

/ Fantasy / The Art of Killing Gods 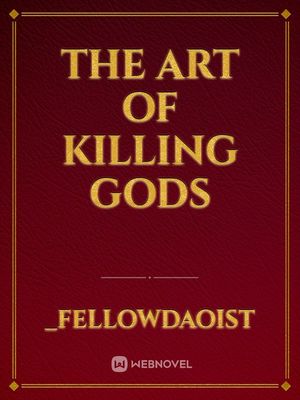 The Art of Killing Gods AKG

To strive towards the peak...

The gods have finally found the source to reconnect themselves to the material world, and this source reverted back the mystical powers that used to exist back then, making the humans gain access to such divine magics. Artifacts containing magical essence appeared on the surface of the planet, and these were known to be items that legends have used.

Everybody on Earth received a system, indicating their stats such as strength, agility, endurance, etc. The powers on Earth grew stronger and the war between Bonum Faction and Malum Dynasty had broke out, and of course, the Neutrum Allegiance continued to meddle in. The Neutrum Allegiance had a mission in mind, it was never to unite the two opposing groups, but it had been to only create one empire. The Gods decided to play with humans through their challenges and pyramid system that honed their skills.

The main character, who would come to slay gods someday, was an unassuming character. He bore above average characteristics, but still remained outside the limelight because he didn’t like to be in it. He was neither subservient nor domineering, but rather he was intelligent and smart.