Read The Bastard In The Zombie Apocalypse - Chapter 1 online 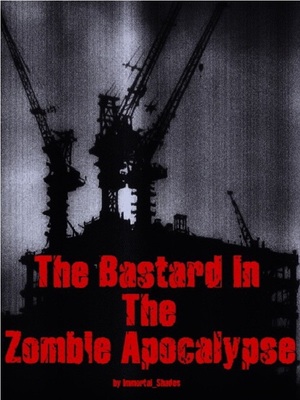 The Bastard In The Zombie Apocalypse

It was close to midnight. Nathan just got off of his online job 5 minutes ago and he was currently enjoying the view from his window while smoking a cigarette.

He has been working online for almost 2 years now. His current work schedule is from 1:00 PM to 11:00 PM so he doesn't have a "normal" schedule that most people have.

But then again, what is normal? How does one define it? What are the necessary factors that should be considered? Perhaps for a kid and to most adults, being awake during the day and asleep at night is what they consider a normal schedule.

"I should probably workout now."

He sucked his cigarette one last time before putting it down the ashtray. He went to the kitchen to get a pitcher of water.

He went to one of the rooms of his apartment where he keeps his gym equipment. It wasn't anything fancy though, just a bench press equipment, a piece of pull-up equipment, one barbell, and a few plates and dumbbells.

He turned on the stereo and a Marilyn Manson song started blasting off. He began his stretching routine.

Ever since he was a kid, he always preferred places with fewer people and hates to deal with social politics. So when he graduated college, he chose an online job. Basically, you say that he's an introvert. Though he likes to think he's a lone wolf, to most people, he's just a socially awkward person which holds true.

About 2 seconds before midnight, a male voice started talking to his head.

"Listen up, you worthless humans! This is your god speaking! You breed like cockroaches and are the scum of the earth so today will be the start of the zombie apocalypse!"

Nathan just finished one set of barbell bench press and was left dumbfounded.

'What the hell was that?' He thought as he turned down the volume.

The voice continued, "But because I'm a benevolent god that you little shits are unworthy of, I will be giving all of you a level up system and this wooden stick. Don't die now. Bye!"

A wooden stick was in front of him lying on the floor.

Seeing the wooden stick, Nathan picked it up.

Details about the wooden stick went to his brain.

Description: A wooden stick created by the god of this world. It's part of the system so it will grant experience points when the user uses it to kill monsters from the system.

'I must be going crazy,' he thought. He shook his head and massaged his forehead. He put down the stick on the corner.

He turned up the volume and went back to working out.

As he was about to pick up a plate, a white silhouette suddenly appeared before him.

"What the fuck?!" Nathan jerked and took two steps backward.

It was a female's voice that sounded sweet, seductive and divine. Anyone who would hear it couldn't help but kneel down and listen. Of course, Nathan was no different. The confusion, fear and surprised he felt earlier was lost. The only thing in his mind was to listen, almost as if he was in a trance.

"You are one of the chosen humans."

It sounded so cheesy, but Nathan didn't care and maintained his silence.

He was on his knees and listening attentively. He didn't want to destroy this precious moment by hearing his own voice.

With a flick of her hand, the music stopped playing.

Seeing the state of the human in front of her, the white silhouette thought, 'These pitiful creatures. They can't even resist such aura.'

The truth is, throughout history, divine beings like her appeared before humans to pass them a message. However, all of them at best only understood about half the message, causing them to sometimes deviate from the original purpose and even waged wars in the name of god.

The only way for humans to resist the aura of divine beings is to increase their intelligence attribute to a certain number.

"You will be one of the humans unable to earn any skills points and can't learn other skills. However, in exchange, every time you level up, all your attributes will be increased by 1. Don't worry, we will grant you one skill to lessen your burden and the things I've mentioned will be recorded in the system in case you forget."

Basically, he will be one of the guinea pigs in god's experiment.

"To view the System, just say 'system'. Don't worry, it won't pop up if you say the word 'system' during a conversation. The System will be able to differentiate when and when not to appear."

"Do you understand? Nod your head if you do."

The white silhouette raised her hand and a 2.5 ft sword suddenly appeared.

"Take this weapon. You will need it if you want to grow stronger."

The sword dropped in front of Nathan and the white silhouette quickly disappeared.

If you're reading this, thank you. I woke up last Sunday and decided to write this for fun.

Although I've been reading light novels for 2 years now, this is my first time writing one and I have no experience whatsoever. Moreover, English is not my first language so please excuse me for the poor grammar. If I decide to continue this novel, I might do a couple of edits here and there (if it's possible).

Thanks and God bless.