The Bond Between Us - Romance

/ Romance / The Bond Between Us 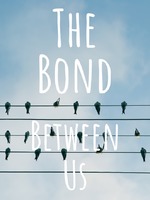 The Bond Between Us TBBU

In a world where everyone has the name of their soulmate on their wrist, several stories collide. Amelia and her soulmate Karl, Lacey and her soulmate Andrew, Riley, and his two soulmates, Jake and Jayden, and Emmaline and her best friend Drew, both without soulmarks.
---
Amelia's soulmate was abusive. She had his name on her wrist and he had hers.
Emmaline had only met one other person without a soulmark and that was Drew. She has been called a freak for as long as she could remember.
Lacey grew up next door to her soulmate. He was her best friend and she loved him but she wasn't in love with him.
Riley, Jake, Jayden all grew up with different reactions to their soulmarks, each one vastly different. Riley's family loved and accepted him but his peers did not. Riley was called a fag before he even had the chance to decide if he even liked boys. Jake's parents were okay with the fact that his soulmates were boys, they just weren't okay with the plural part. His peers, however, were very welcoming. Jayden's life was hell on earth before he met his soulmates. His family hated everything to do with his soulmarks and were very vocal and physical about showing him that. His peers were just as bad.

Join these young adults as they learn to accept themselves and that soulmarks aren't everything.