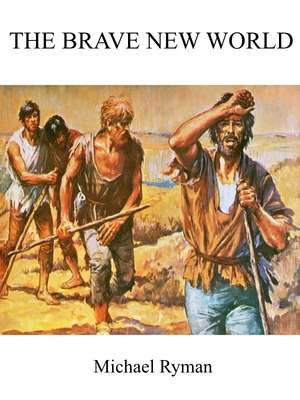 It is January 2nd, 2035. In New York, leaders of all the world's nations are assembling to agree on a plan to save the dying planet: Earth.

Before they can agree on anything, disaster strikes. An electromagnetic storm destroys the global power grid, and cuts communications. Billions of people die.

But as soon as the storm dies down, millions of mysterious, glowing cubes appear all over the globe. The cubes contain tools that will let humans colonize a new planet: a bigger, richer version of Earth.

The newly formed Colonial Council, which answers to the United Nations, has one goal: to ease the crisis on Earth by transfers of goods and resources from the New World.

Millions of new colonizers rush to the New World, united by a common purpose: to turn their dreams into reality.

Some will succeed, and others will fail.

But fortune always favors the brave.

NOTE: The first 140 chapters of this story are free to read. Before you start, please select Table of Contents above, and READ THE INTRODUCTION IN THE AUXILIARY VOLUME. It explains how this serial differs from standard web novel fare.