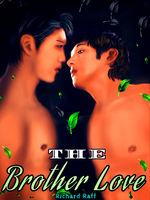 21+ Radit and Rain are two siblings who have been abandoned by their parents since childhood. They have felt the bitter life since childhood. Since the arrival of Aunt Henny, instead of taking care of Radit and Rain, she has used up the inheritance of their parents.
Radit, who takes care of his younger brother with great affection until adulthood. The two of them are no longer like the kid that Aunt Henny used to manage. Radit started his love story from high school with Angel. At first it seems normal, they lead a beautiful and happy life.
Rain's attitude, which every day is getting spoiled, makes Radit annoyed. Until Radit rarely came home and left Rain alone at home. Finally Rain was lonely, who knows what feelings Rain grew in his heart for his brother Radit. Until one day, Rain fell into the wrong association.
He was approached by a gay man, until the relationship was discovered by Radit which made him furious. Slowly, Angel tries to help Radit to heal his younger brother from wrong associations. But that assistance was the beginning of a disaster. Until in the end, Radit found out about Angel's affair with his sister Rain. A fight between siblings can no longer be avoided.

To the extent that terror and murder plans do not know who the perpetrators are behind it. Will Angel stay with Radit? Or will you choose Rain instead? And who really is Angel?