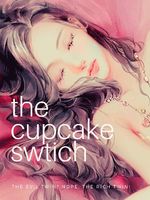 Rich and sophisticated Blaire took ownership of her family empire when she turned eighteen. Years passed by as she lived the life of her dreams but things soon began to change and her life spiraled. Her luxury, fame, family and friends caused her trouble and there was no way to get rid of it.

Until a very Sunday afternoon when Blaire walked into a cupcake store to get something sweet but instead she found her twin, Daiyu, a baker.

Paths were switched, lives were changed and families were broken.