The dark side of the Supernatural... by ChuckWillams23 full book limited free

/ Sci-fi Romance / The dark side of the Supernatural... 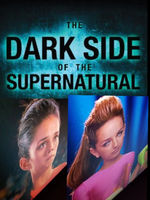 The dark side of the Supernatural...

God and the Goddess have a complicated relationship. In the beginning, Eden and her brother were the only beings in existence. They weren't powerful because, as the only two beings in existence, they only stood in relation to one another, and they were equals. However, according to God, Eden was always telling him what to do and making him do whatever she wanted. Eden, on the other hand, said her husband a spoiled brat who always had to have everything done his way. To show his wife that their was grace in creation, in hopes of changing her nature, he created entire worlds. However, as soon as he finished building a world, she'd destroyed it.