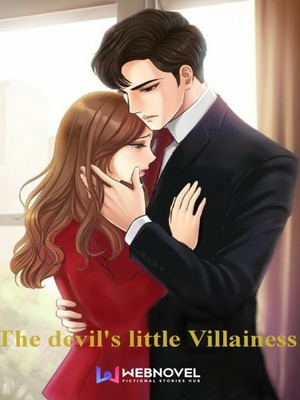 Jasper is one of the most formidable person of the country. However, no one knows how he looked nor what his real name was…


But his last name is enough to send shivers down their spines. It is because in addition to the influence his family has in both the underworld as well as the political world, he is also known for his ruthlessness and genius….


However, on contrary to how the world pictured him, he ‘was' a sweet, kind and generous person with a romantic heart. But that heart belongs to only one woman in his life, whom he loved immensely ever since he was young…. Linda.


But Fate had other plans for them and she disappeared without a trace, all of a sudden, taking his heart all along with her…


With his heart stolen away from him, he no longer shared the same feelings with anyone else as he had with Linda. But after a long search, he finally discovered where his Linda is…


However, it was too late. He came to realize that she is already in love with another person.


Linda is a kind, simple girl, with a pure heart but a naïve mind. She is a fallen queen of modeling industry, who willingly sacrificed everything for the person whom she loved. However, she is not destined to have a happy life, even after doing all this for the person she sacrificed for, who never truly loved her.


While she was busy planning her happy future with him, that person had continued scheming, wondering how to use her in all the ways he could….


Zhou Biyu, she is the only girl who had managed to become Jasper's close friend, in a little span of the time. Unlike other women who tried to climb on to his bed, she is some of the very few females who did not fall for him as soon as they met….


As time passed, Jasper truly started liking her as his friend and she was probably the only female friend who earned his trust and respect.

However, Biyu is not someone who he thought was…. since the first day they met, she has been working with his enemies behind his back. She has been blackstabbing him on the name of friendship and family. She is not the angel he thought her to be…


In fact, she is his own personal villainess.
By the time she realized her mistakes and ascertained that she is in love with Jasper, the damage was already done and she has already done many unforgivable things.


With only one chance to redeem her mistakes, she will deceive her own people and save him from the grave danger they had planned for him.
Later, she was murdered by her people for betraying them.


But just like their names, they are destined to be together. And she finds herself reincarnated in Linda’s body, the only woman whom Jasper loves the most….


With everything changed, will she redeem herself and take revenge for both herself and Linda….And cherish her time with Jasper?
Or, does Fate have another plan for them that might test how true her love for Jasper is?


Join the love story of Jasper and Biyu, to find out how the badass villainess redeemed herself into his angel and took the revenge for both herself and his former love Linda.
With the exciting mysteries and twists ahead in their future....


Experience the love, familial drama, trust, revenge and fun with this couple…along with unexpected turns.