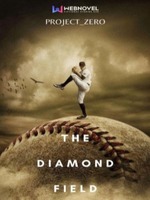 Please be a bit patient for the first volume i.e 69 chapters which might be a bit stale, the first 69 chapters are used to build the characters around Rei and himself.

Toujou Rei, a little boy obsessed with baseball, has always admired his father, Tensei. Wishing to follow in his father's footsteps, Rei dreams of becoming a professional baseball player. In turn, his son's starry-eyed admiration encourages Tensei to keep persevering despite issues, Unfortunately, Tensei dies while protecting Rei from a car accident, which leaves a mental scar on him making him unable to play his beloved baseball anymore, but after getting motivated more than ever, Rei works hard to carve his way in the baseball world by becoming one of the best baseball players as his dad wished.

*Names, faces, and places aren’t real. A work of fiction. Nonetheless, it is my work of fiction so please don’t post it without permission. *I have also tried to not use any school names that do exist though, but I would like everyone to know that if they exist I have no affiliation with them. Nor do my views reflect their views.*

PS- THE PICTURE FOR THE COVER WAS TAKEN FROM PINTEREST AND THE CREDITS FOR IT COMPLETELY GO TO ITS CREATOR NOT ME.