/ Fantasy / The Eclipse Beyond 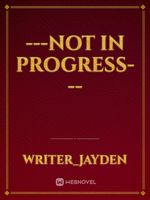 In a village of Korpus, lived a boy who wisely believes on the saviour of his village, the warrior & queen, Mayora, also known as the Equestrian Eclipse Queen

One day, an eclipse had happened. She showed herself beautiful & the boy almost laid eyes on her. Despite this, she came back to rest on Earth to avoid her glory duties.

What happened or what did the queen do...?

Find out about the origins to cover, mysteries to be solved, & the adventures of the boy, whose name appears to be Jake, & the queen. Together, they solve SOMEthing. They have a love for each other at the end of the day....

Release of first chapter: N\A (around May)