The Epic of a New Wolrd - Video Games

/ Video Games / The Epic of a New Wolrd 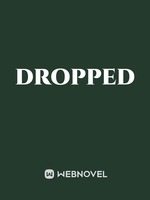 The Epic of a New Wolrd ENW

The world's first VRMMORPG has been released. New Wolrd Online has the Player enter the wolrd of Aeterna. With an advanced, immersive, and immensely interactive class and skill system which changes and updates according to one's own playstyle, an ever-expanding world map, and a ridiculously massive variety of creatures, monsters, beasts, and species of all kinds, there are practically endless possibilities.

When the official release finally comes around, Oliver's the very first to log in and the among last to log out. 18 years old and the nephew of the Head Game Designer and Programmer, Oliver's one of only 400 beta testers. No one is better or more knowledgeable about the game among the player base than he is, even if he doesn't freely admit it.

Very few can say they are more excited about the game than he is.

Then, a week later, the strangeness began. A rumor claiming the disappearance of the entire development team. A strange in-game event even Nathan was not informed of.

The line between Reality and Illusion is blurred beyond repair, and things are rarely as they seem.

This is a fantasy from which there is no escape