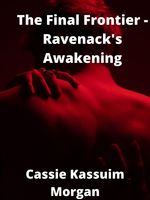 Chapter 1: Preface- The Beginning of Everything

Little red riding hood? Sleeping Beauty? The snow White?After we learn to read, other readings start to attract attention. There are the stories of the X-men, Naruto and many others ... Ah, the manga ...When you are a child it is time to dream. Be an astronaut! A lost princess? The imagination of a child has no limits.I grew up in the golden age of fiction. He was a fan of Star Wars, Star Trek and the X-Men. Even if they were old classics. I saw in the books the fear of the cold war between the US and the Soviet Union. I saw on TV news agreements to end the nuclear warheads of the arms race ... And then there came the smart tv ...I saw the history of humanity in the history books ... Real characters.

Can you imagine a world before the Internet? Without cell phone? They lived in prehistory !!!

I always looked at the sky ... It is so hard to imagine that man is alone in the Universe! Other planets ... What would life be like on other planets? Its inhabitants?Today is going to be a great day. A great battle, for what Zorack told.From the hatch of the freighter that navigates in space, I no longer see the Atlantic or Pacific Ocean. The central star among celestial bodies is no longer the sun. I am trying to get used to this new world. In their cold, red sun. The Solar System has large and dwarf planets, asteroids, comets and dust and they all revolve around it. The sun.My planet is not in the Solar system. Scientists in the world where I grew up use light to calculate distances in the Solar System and other parts of the Universe. Zorack explained to me that Édrin is very far from Earth.I am the beginning of a new species. The first female created through the human genome next to the DNA of a deadly and feared alien species.

I can say that I am the heir to the genetic heritage of the dreaded K'Aldriants. Ravenack and his odious creatures have spread terror in a violent empire that spreads across the galaxy with the invasion of planets.

The Confederation of Planets has so far done nothing. Nothing that can be said at least. In a war, fair or decent weapons are not always used.

Our history, the history of my true people is not so different from humanity. Wars seem inevitable, anywhere in the Universe. Édrin represents what remains of humanity in the not-so-distant future after the planet was devastated by a deadly and terrible pandemic that few of us remained alive.

Four hundred earth years have passed since then. The end of the planet was not exactly as scientists imagined. There was no cooling or nuclear war. Solar flares and not even storms came to afflict us. There was no time for that. Ravenack arrived earlier.I am one of the heirs to the throne of the Seven Towers of Édrin. The Crown advisers achieved what the invader never believed possible ... Keep an heiress of real blood alive ... Keep anonymity a hybrid heiress who threatened the existence of the entire Universe for what the Federation feared. Well, then they decided to keep me anonymous and away from it all.Debating whether time travel is possible is a very controversial issue. Are you going to say it's impossible?

Ah, maybe now, in our time. You know that simple little thing that nobody thinks about much? Just grab a smartphone and in seconds you can talk to anyone anywhere in the world. These signals that carry voices and images can travel so quickly ...

Space-time. It is not because now we do not have enough technology to do that it will justify the fact that in the future there cannot be such trips. Ah, to violate the Law of chance! We will still learn how to distort space-time and time travel.

There is still a long time for that to happen. Einstein's theories were wrong. New and unknown physics laws protect the conjecture of chronological protection of time-space.

The point is that I come from a very distant future and was left here on Earth as an exile. I grew up here without knowing anything about Ravenack or the K'Aldriants for many years.I know that this needed to be stopped here. They spread, invade, and travel in time, plunder and destroy everything. The chronological protection conjecture must be respected. It works more or less like this: it prevents someone from traveling in time by jumping forward or backwards in a casual way.

In space there is something more valuable than gold or money ... Water.Life is not possible without water. Well, for the vast majority of types of lives that we can still imagine. A planet's resources need to be consciously exploited.

If today we fail in the combat that begins, Édrin will be another of the planets destroyed in the enemy's devastating course. They arrived from another distant System. They are not like us.This is my story.

There were ancient stories that said that the united planets would one day unite to fight for the freedom of the Universe, facing an enemy that could not stop.

And I grew up away from everything and safely without knowing anything ...

Until I was sixteen ...A terrible pandemic came first. COVID19 for eighteen months changed the whole pace of life we had. Its successor, COVID20, which started in Kazakhstan, finally closed the borders of several countries and international flights were banned by OMS and ONU.

Nobody imagined that tests and experiments were made and developed in alien laboratories and put into practice on planet Earth. For a long time we were test subjects that we didn't even know. And then the worst came.

A virus that spread through the air itself. It didn't do much good to wear face masks or social isolation.

Even so, we still try to resist. Humanity did not disappear from the surface of planet Earth without a fight. It was our pride, determination and strength that made the Federation face the enemy. And we, even far from the old and now hostile Blue Planet, still exist. We team up with unknown armies of even more unknown creatures to fight Ravenack and his horror empire.

I think Zorack would agree with me.

My name is Angel. My friends usually call me Angie. That's how it all started ...