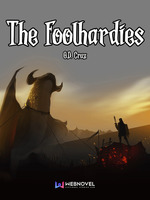 Dean Dapper leads two lives. By day, he’s your average teenager enduring the hustle and bustle of everyday life in the mundane human world. By night, however, he’s the reluctant commander of the Foolhardies, a group of troublemakers fighting in a war of succession that’s been ongoing for nearly five hundred years!

A Fifteen-year-old battling mythical fairy-tale beings may sound foolhardy, but Dean isn’t in this for himself. His younger brother Luca faces a life of slavery in the fairy realm, and only Dean’s fight to become the clan hero might rescue Luca from his grim fate. Luckily, Dean finds a valuable ally in Aurana, a princess of the clan with her own political ambitions of her family claiming the empty throne.

Strategic battles, magic sword fights, the underbelly of fairy politics, and raging teen hormones—it’s all in a night’s work for Dean, Luca, Aurana, and the rest of the Foolhardies.

[UPDATE] Pausing on daily chapter releases this June 2020 on account of spending part of my writing time editing the work from the beginning. Please expect even better prose and tighter pacing from chapters 1 to 220 soon. It all starts with 1. After I'm done with that, daily chapters will resume. But don't worry, chapters will still come out weekly. It just won't be daily for now.

want to read more of my works? check out GAME MASTER OF SOULS (ML-Fantasy/Game) only on Webnovel.

Want to buy me a cup of coffee? A gift on the novel page will do the trick. :D

Follow me on Twitter "@WhoisGDCruz" for all the Foolhardies news that doesn't fit in the Author's note of each chapter. :p

Want to chat about the Foolhardies? I'm on Discord: GD_Cruz#3598