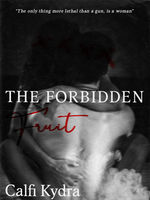 ''The only thing more lethal than a gun, is a woman.''

Our story begins, on a regular friday night, in New York City.

The two best friends Adrena Calero and Naomi Kwame Wilder, went to a club, like they’ve done so many times before.

This particular night turned out to be anything but particular. In fact - it changed their lives forever.

Growing up with a mother who's biggest aspiration is to get high, hardened the soul of the now 18 year old woman, Adrena Calero.

She's an aspiring writer who uses her pen and paper, to escape her traumatic past.
She's strong-minded and brave, but struggles with an insecurity, that haunts her throughout her life.

Her best friend - 18 year old Naomi Kwame Wilder, is her other half, and her biggest admiration.

Across town, in Brooklyn, a 24 year old ‘’soon to be’’ leader of the italian mafia Fratellis, is also getting ready for a night out.

Lorenzo Matteo Mancini is raised with traditional italian manners, including the mantra, to never hurt a woman.   What happens when he suddenly has to decide between a life of wealth and respect, and a life of danger and poverty?

Falling in love should be the last thing on their minds, and they were forbidden to do so. Could they break that promise, even if it cost them their lives?

The bookcover is made by me (in paint, lol) BUT it isn't my photos - i found them on pinterest.