The Gap Between Us (Revamp) by Saikii full book limited free

/ Contemporary Romance / The Gap Between Us (Revamp) 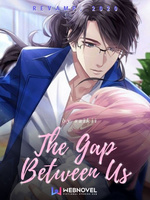 The Gap Between Us (Revamp) TGBU

Seira Madriaga, a 19-year-old freshman university student who tries her best to lead a normal life despite being a scapegoat for his father's debts. Unfortunately, one rainy evening her supposedly normal life took a huge toll on her when her father's sudden disappearance left her with half a million in debt. Leaving her with no other choice but to seek a job to pay off what was left behind by her irresponsible father. Upon job hunting, she came across a novelist who was looking for a live-in housekeeper. With all living expenses free and well-offered salary, she took the offer without having second thoughts. Just when she thought that her life would return to its normal pace, she found out that her employer was a fine young 26-year-old man who happens to be a cold-hearted and emotionless person. Will she be able to lead a normal life while living under his wing?

Disclaimer : This novel is written in taglish.