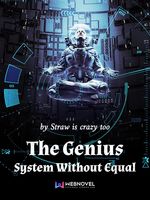 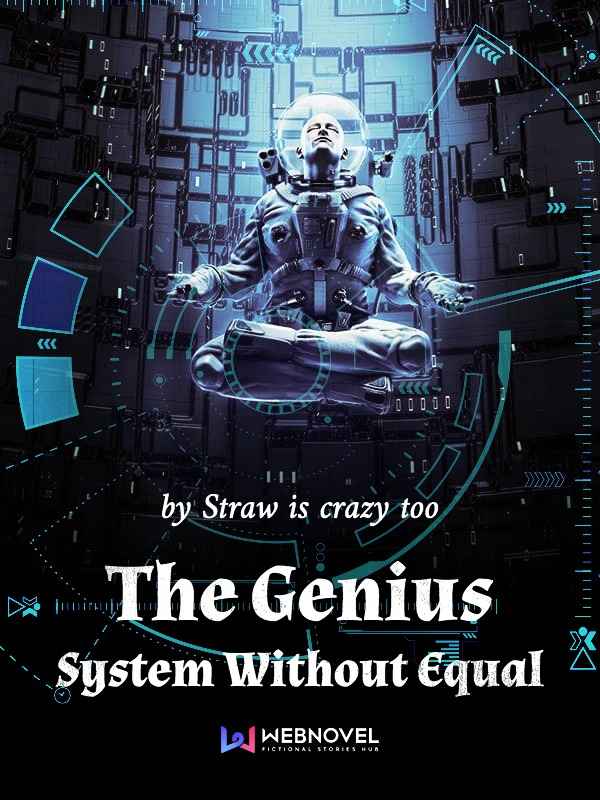 The Genius System Without Equal

Author: Straw is crazy too

Xiao Luo blearily regained consciousness and found himself lying on a hospital bed. The strong odor of disinfectant permeated the air.

Xiao Luo frowned, feeling extremely puzzled. But his brain, which had recovered its functions, quickly told him everything.

After his girlfriend, Zhao Mengqi, broke up with him, he drove his cheap domestic car to the suburbs, where he sped down the road to vent his emotions.

It had been raining earlier, and the road was slick. Moreover, it was late at night. He very unluckily got into an accident. The car, which was going more than 120 miles an hour, careened off the road and plunged headfirst down a three-meter drop into farmland. He could not remember anything after that and did not know who was the good Samaritan who had found and brought him to the hospital. That was the only reason he was still alive.

At that moment, the door of the ward was pushed open, and a sweet-looking nurse carrying a tray of liquid medications walked in.

When she saw that Xiao Luo had awakened and was sitting up, frowning in contemplation, she immediately cried out in alarm. The liquid medications in her hands crashed to the ground and spilled all over the floor. She looked as if she had seen a ghost. Her eyes were wide open, and she pointed at Xiao Luo with her trembling right hand and stammered, "You, you, you.... how are you awake?"

Xiao Luo didn't know what was going on and thought in his mind, Is this nurse new? If not, why is she having such an intense reaction to seeing a patient who had awakened?

He looked up and down at himself and then from left to the right. Afterward, he spread his hands and said, "This is obvious." He asked carefully, "Is there... anything wrong?"

"How could you have awakened? There's no way that you could have you awakened, how....."

The nurse still looked as if she had seen a ghost; her eyes and delicate mouth were wide open. She stared at Xiao Luo with an incredulous expression. It seemed that she could not believe the facts that were in front of her eyes.

No way he could have awakened!

Xiao Luo really felt a little stumped; he did not understand why the nurse would say such a thing.

Just as he was about to ask her a question, the nurse turned her head and ran out. Her hysterical shrieking echoed down the corridor, "Dr. Zhang, this is bad. The patient in Ward 438 is awake!"

Just what was happening?

Xiao Luo was at a total loss. He could not figure out the reason for the situation. Besides, he was speechless about his ward number: "438" was not an auspicious number; its homonym was "damned fool."

At this moment, a series of system notifications suddenly sounded in his mind, the tone of which was just like the system voice of a popular online game, "League of Legends." This also was the highly-modulated voice of a female with an expansive and exaggerated quality.

"DING. Congratulations! You've earned ten points. Would you like to open the mall to proceed with redemption?"

Xiao Luo sucked in a breath of fresh air. What motherf*cking situation was this?

As a new youth of the twenty-first century, he could not believe such an outrageous thing could happen. This simply went against all common sense.

He thought he was hallucinating, perhaps the result of a concussion, but then a lighted panel appeared before his eyes. It was like a high-tech resume that showed a series of information about him.

Seeing this, Xiao Luo immediately returned to himself. He found this unacceptable and thought, In any case, I'm still an engineer of Huahai Manufacturing Corporation. If even engineers are considered mediocre, no one in this world is not mediocre!

It seemed that the system had heard the thoughts in his mind, and its notification tone sounded again, "Ding! Host, your ability to communicate in foreign languages ​​is poor, and your body is in a sickly condition. In terms of morality, intelligence, physical fitness, and aesthetics, you are no good in any of those. What are you if not mediocre."

Xiao Luo had an outstanding temperament, but his capacity for tolerance had reached its limits. At this moment, he could not help but spit out another swear word. Then he asked, "What the hell are you?"

"Ding! I'm called the Genius System Without Equal, and I come from a parallel universe that is a hundred billion light-years away," the system's voice responded.

Xiao Luo's shock could not be put into words. The facts in front of him forced him to believe the words spoken by this invisible and intangible system. Because he already knew the concept of a parallel universe, he subconsciously asked, Is there an Earth there too?

"Ding! Of course, but the level of technology there is a hundred thousand years ahead!"

"Ding! I arrived at this universe because of the chaotic flow in time and space. I became a parasite in you who was on the verge of death. I'll especially give you a free life extension!"

Xiao Luo was astounded. With his IQ, he immediately understood why the nurse had lost her composure when she saw that he had awakened.

So that was the reason. I wasn't supposed to wake up so quickly, but I did because of the life-extension from the system. In other words, Xiao Luo came to after being diagnosed by a doctor as a hopeless case. The nurse's overreaction made sense in this light.

His mind felt more at ease when he figured this out. He changed the topic by asking, "What else can you do for me besides extending my life?"

"Ding! This system can build you into a genius without equal."

"A genius without equal? Is it that some kind of freak who knows everything?" Xiao Luo asked.

"Ding! By using points to redeem various abilities in the mall, the more applicable the abilities are, the more points are needed."

After the system's introduction, the light panel changed to show the mall; various abilities were packed in the display. There were foreign language abilities, gaming abilities, memory abilities, and more. Xiao Luo couldn't take them all in at a glance.

After looking through it once, he felt like cursing. Among the thousands of abilities shown, none could be redeemed for only ten points.

"System, can you tell me what abilities can be redeemed for ten points?" Xiao Luo didn't give up. He wanted to test if this was a hallucination or maybe someone's prank.

"Ding! You cannot redeem any abilities for ten points!"

Xiao Luo was exasperated. "You messing with me?"

"Ding! Points can be earned. Host, do not worry."

So points could be earned!

Xiao Luo's eyes brightened. "How do I earn points?"

"Ding! Surprise, curiosity, shock ... and any other human emotional reactions caused by the host will be automatically distinguished and absorbed by the system, and then automatically converted into corresponding points based on the depth of the emotion."

Xiao Luo immediately understood. This was not a genius system without equal. This clearly was a cheat-code system that allowed him to continually act like a pretentious jerk, to play the sheep to catch a wolf. The ten points he had must have been earned from the nurse just now.

Suddenly, the door of the ward was pushed open. In swarmed a large group of doctors in white coats. When they saw Xiao Luo sitting up, they all stood rooted to the ground, as if they had been petrified. Their eyes were wide open in shock as they looked at Xiao Luo.