The Heat Of Revenge - Contemporary Romance

/ Contemporary Romance / The Heat Of Revenge 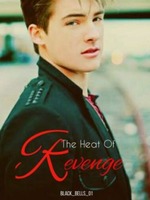 The Heat Of Revenge

What does a person desire? Money to warm up their pockets? A mansion to live in? Cars to boast off? Servants to look after their needs? If that's what completes a person in themself, then Dinah Donovan had it more then anyone else in the area. She should have been satisfied and arrogant about her possessions. But she was not. In fact, her personality told a completely different story. There, deep in her heart, was an emptiness that could only be fulfilled with one word, four letters and just the most impossible thing to reach out for; Love.

Living with her Aunt and Father, she often thought about her life. Nothing would ever form sense. It was as if one side of a picture was stuffed in her brain making it impossible for her to look out for the other side.

But Secrets unveiled, hearts broke and the pressure of guilt made it difficult to restrain the tears from falling once she married a man of every woman's dream, Xavier Alfred. Dinah never knew how this handsome young man, carrying his own dark affairs that were yet to be discovered, scooped her off her feet and...threw her into another hellhole.

It was then she put together the pieces of puzzle, each that Xavier gave her at the cost of a piece of her self-confidence, that she was finally able to comprehend who were the real people behind the masks.

Xavier Alfred, a man of morals. A man who knows the line between wrong and extreme. A well kept and light natured young boy soon learned what the real meaning of his life was. Just one event caused his joyful personality rolling off the cliff and replaced by a more serious, dominating and perhaps, the one which could make your knees go weak.

In the journey of Love and Hate, they never quite realized how and when something clicked and when they had started to shield the unwanted feeling that suddenly started to blossom deep in their hearts.