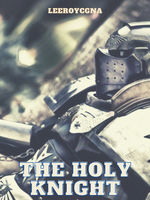 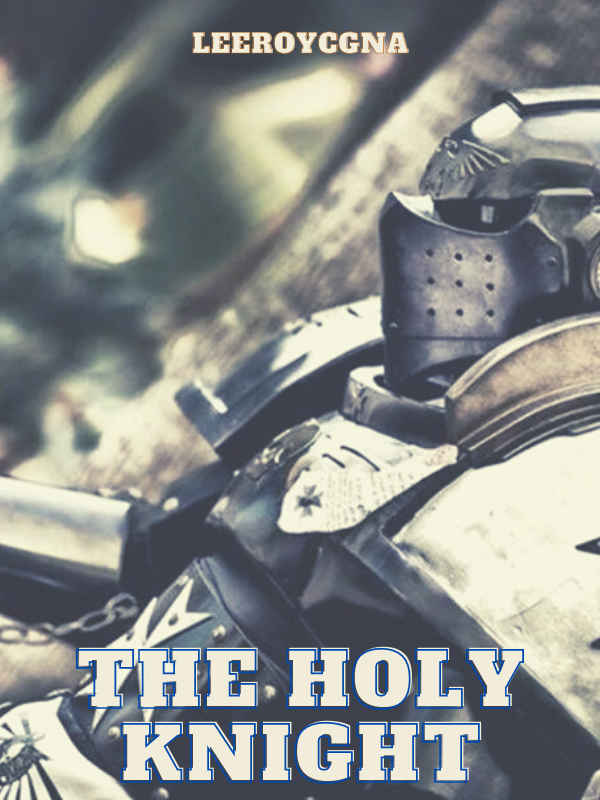 The sun had just set behind the horizon, darkness was beginning to rear it's head. In a small clearing inside the forest, sounds of something penetrating the air could be heard.

"Hah hah hah.." the boy panted as he wiped the sweat from his forehead. He retrieved his wooden sword and placed it at his waist before plopping down on the ground.

"Finally, tomorrow is the day" he said while looking up at the sky. He stretched out his hand toward the stars before making an action of grabbing, there seemed to be a trace of yearning in his expression. Having an expression like this at the age of 14 was surprising, his short black hair, sword shaped eyebrows and piercing eyes made him look intimidating and determined. This would be the truth were it not for the boys truly skinny frame, it would not be weird to mistake him for an ascetic monk or even a skeleton were it not for him wearing knights training gear.

A figure jumped out of the shrubbery and screamed, the youth on the ground quickly got up and ran toward the sound to investigate the matter. What he saw was a young lady who was pale as a ghost pointing in his direction with a horrified expression.

"What is it???" He took out his wooden sword and quickly turned around to confront the threat. Completely on guard he narrowed his eyes to try and locate the source of this young ladies terror.

"Where is the danger?" he said sounding urgent. The young lady was dumbstruck behind him, she had made a big mistake.

"Umm, you're alive?" She asked pensively

"Huh??" He turned around and looked at her as if she was an idiot. "What kind of question is that?"

"I... I thought I saw the hand of an undead reaching out and grabbing above the earth"

"I'm sorry!" she said as her cheeks turned red in embarrassment.

"I'm not like this because I want to be!" he cried out with a tear running down his face. 'I'll never get a girlfriend at this rate' he screamed internally.

"Please accept my sincerest apologies, my name is Ella Leblanc. My parents brought me here for the selection tomorrow, may I ask your name?" she asked as she gave a curtsy.

"My name is Brandon Reeves, I'm also here for the selection tomorrow. No harm done, it's not the first time and it probably won't be the last" He waved his hand dismissively. "My Grandfather once thought I died in my sleep one morning when I didn't turn up for breakfast" he said seriously.

"Pfft" Ella stifled a laugh, she didn't think it was very courteous to laugh at someone after mistaking them for an undead monster. While she did her best, she couldn't hold on for long.

Brandon finally had a chance to look at Ella, she was around his age with shoulder length blonde hair and deep blue eyes. She was covering her pink lips and her button nose with her hand while she giggled uncontrollably. 'Definitely a beauty' Brandon thought to himself.

Ella was finally able to control herself after some time, she looked up at Brendan and asked "Which academy are you wanting to get into?".

"Southern Knight Academy" he answered resolutely before he asked "How about you Miss Ella? Are you applying to a mage academy?"

"Bingo!" Ella said with a big smile. "My mother and Father are both mag-"

"Ella, Ella!!" she was cut-off by some loud shouting that could be heard from a distance, a sense of urgency was mixed in.

"Damn, it hasn't even been 5 minutes, I guess it's time to go back" she said albeit unwillingly. Ella looked up at Brandon with her clear blue eyes and delicate features "Good Luck tomorrow Sir Knight!" she flashed him a dazzling smile before making her way toward the voice.

"G..Good luck to you too" He stammered as he looked at her departing back. A moment later his face flushed red, 'T..Too cute, definitely my type' he thought. It was not until a while had passed that his face return to his pale complexion, Brandon decided it was time to head back to his lodgings.

A cool breeze swept through the streets and alleys, on the outskirts of Scarlet City the draft blew a dilapidated old sign to and fro, this sign read Lazy Moon Inn. Sounds of merriment could be heard from a distance.

"Have you heard that the selection is being held in here in Scarlet City this year?" said a middle aged man with a single brow stretching from one side of his head to the other. He was wearing an outfit typical of a laborer, clearly he had just finished work for the day and had come to unwind

"You'd have to be blind and deaf not to know about this you Git!" A red-faced middle aged man set down his drink on the table with a thud. "Don't tell me your mono-brow is affecting not just your romantic prospects, but your hearing and sight too?" he spat out with vigor.

Raucous laughter could be heard around the place. "Aii Old Tom give him a break, the only love he's felt from a woman is from his Mother" another man guffawed heartily,

"HAHAHA!" The Inn erupted once again with laughter.

"Well how about you tell the story then Old Tom!" The mono-brow man's face flushed red as he retorted.

"I guess it can't be helped, I'll fill you all in about the selection" the red faced man Old Tom sat back down and got comfortable before stating; "There are 3 types of Academies, They are the Mage, Knight and Rogue Academies. They all train their respective specialties."

Sounds of acknowledgement could be heard around the Inn.

Old Tom continued "To be eligible for these academies you must possess the appropriate talent and energy or elemental affinity. The Board of Academies have a tool which makes it possible to awaken and measure these 3 criteria". Some people nodded their heads while others looked thoughtful.

"Unfortunately it is deemed too dangerous to test anyone under the age of 14 as the tool has been known to cause injuries and sometimes even death in those who aren't strong enough." he said with a grave look.

One of the middle aged patrons stood up and placed his hand on his bicep "I'm as strong as a bear, I reckon I could make it into a Knight academy" he stated as if it were a foregone conclusion.

Old Tom looked at him as if he were looking at an idiot "Are you stupid? Where is your shame? You want to fight against kids at 14 years of age for a place in an Academy?" He sneered and said "Get this idiot out of here, his words a like a fart to my ear".

Pitiful cries could be heard as this man was thrown out the front door by some of the other patrons, it seemed that his 'bear-like' strength was no use here.

"Also while there are only 3 types of academies" Old Tom cleared his throat and continued "There are over 100 in the Board of Academies. This means that there is bound to be some separation in caliber and overall talent between the Academies. This is why they are divided into Grades from E to S. Starting from the lowest grade E to the top tier S grade."

"Never mind what tier, it is an honor to make it into any academy" He scratched his head and said with respect. "Once you graduate the world will be your oyster, you can go where you want to go, do what you want to do, joining the royal court or even becoming nobility is not out of the question".

"However the real heroes will fight" he said in almost a whisper.

This is my first proper try at a novel guys and girls, I'd love any kind of feedback.