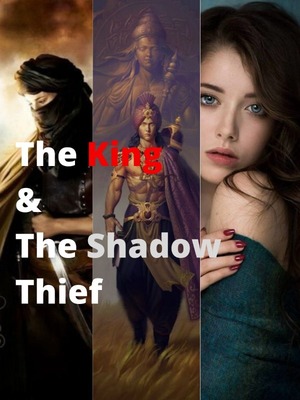 The King & the shadow thief TKATST

With batted breath, she waited for him to release her but he didn't if anything he just pulled her closer, whispering in her ears. "why?"
"Because that was the only way"
"You caged yourself further, Anamika"
"This way, you are protected,"
"I am The King! I protect you"
"And I love you and I want to be free now! This cage will set me free and end my miserable existence,"
"You might be set free from your cage but trust me, love, I will make a new cage for you,"
"Is that a promise?"
-----------------------
Set in 3000 BC, India.
There was a girl whose life was miserable with drunkard uncle who was ready to sell his own son to slavery. To saves her cousin she decided to walk on the path of darkness hoping to seek the light. He holds the secret that can destroy her but now what she is compelled to do by him, will she? that going to change the future of the whole country. Will she finally break the shackles to save the one she loves?

An uncatchable thief has become a nightmare for the whole capital of Magadha, now he stole something that will be the reason of destruction of the whole country. Will the king will able to find him or see his empire burn? but there is a twist...

"May I know your intentions of saving the man who wants your head on a silver platter since you stole the most important document of this country"
"I am afraid I can't reveal that"
"Where is it?"
"That for me to know and you to find out"
"If you insist on playing this game with me I must warn you, you have no idea you just awoke the dragon"
"Aha! I have heard you are ruthless in the battlefield never thought I would have the pleasure to see it in person"
"If your majesty will allow me I could suggest something"
The culprit is not who you think, your enemy is quite closer,"

A girl, a Married king, and a thief who is considered a shadow. A conspiracy to bring the war to turn the throne and in the middle of all of this for a woman to find her own identity in the man's world and of course it all starts with a love story.