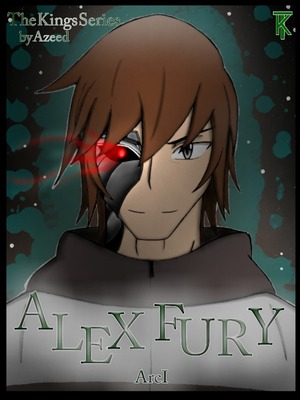 The Kings Series The Kings

Alex Fury: he was a normal citizen in the modern city of Dotun, after a great incident, all the Dotun Citizens gained supernatural powers that was dubbed, Reign, from the term of Nansigans, Reigno, which means Unnatural or abnormal.
Alex before the incident was unknowingly struck by a missile, but the others around him couldn't see the missile and it was thought that it is an explosion.
He was seriously injured and was fused with an advanced technology in order to keep him alive, after returning to the City, he saw it was destroyed, buildings burned, fallen and the sky was dark, and after returning for 3 years, the City changed so much, and he himself will rise to the top and fight the rebellion that started the mess, all alone.

This the tale of a group of people within the world-changing event, and how they rises in this new world.

They will be the one to lead a group that will change the world forever.