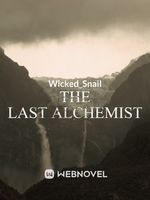 The red curtains covering the stage, rise, revealing a woman with a long blue dress tight to her curvy body, voluptuous breasts, and long silky black hair past her slender waist.

She appears in front of the crowd with a big smile and ruby eyes wide with excitement.

"Our last item is something that our experts call, One of a Kind, potion, that was brewed in the Alchemist Village and brought to us today"

The people in the crowd can't contain their excitement. "Brewed in the Alchemist Village"

"Five Hundred Thousand Spirit Coins", a masked man on the upper part of the auditorium shouts disrupting the chatter.

"That high already?", someone in the lower part exclaims.

The beautiful woman on the stage ignores the chatter and continues. "It's called, Thousand Herbs Liquid"

"Thousand Herbs Liquid? I've never heard of that before. Is such a thing real?", someone voices their concerns.

"As the name suggests, the Alchemists carefully refine one thousand herbs and only keep the last drops of each to create this potion. When a cultivator bathes in it, the liquid will cleanse the impurities and refresh the meridians", the woman continues.

"Such a thing exists?", another man from the lower part of the auditorium voices.

The noise gradually subsides and the woman on stage notices.

"The starting price is one million Spirit Coins", she says with a smile looking around.

"What?", the people exclaim in disbelief.

The masked man from earlier clenches his fists and jumps from his chair. "One million five hundred thousand Spirit Coins"

An old man in the lower parts of the auditorium gets up from his chair and walks backstage.

"Ah, excuse me, I came to claim the items I bought", he says to a young woman backstage.

She walks through a corridor. The old man follows without saying a word.

"This way please", she points towards a backroom with red drapes covering the entrance.

The old man walks in and finds himself in the treasury of the auction house.

"Someone will be with you momentarily. Please have a seat", the young woman says with a smile and leaves after showing a table with a few chairs needly placed together for the old man to sit and wait.

The old man, out of curiosity looks around without leaving his seat.

The treasury is as high as the auditorium, if not even taller, and shelves filled to the brim with treasures as far as the eye can see.

"My apologies for keeping you wait this long sir", a man wearing a blue robe walks in holding a tray with items and greets the old man.

"Sets tray on the table"

"No worries", the old man replies nonchalantly as he stands up to greet him.

The man in the blue robe receives the pouch with both hands and waits for the old man to inspect the items.

"A hundred- and ten-year-old Scale from a Rooted Viper", the old man says as he carefully picks up the scale with a silk cloth. "Hm, the True Energy emitted is dense"

The man wearing the blue robe nods with a smile. A drop of sweat comes down his forehead when he replays those words in his mind. "The True Energy emitted is dense?"

The man with the blue robe is surprised upon hearing those words and repeats them. "Thousand-year-old spatial wood?"

"It's an extinct species of tree and only a few pieces remain all over the world. This box has one", he explains.

"The senior's knowledge is vast", the man in the blue robe exclaims with another drop of sweat coming down his forehead.

"Haha, I don't blame your Auction House for not noticing this. As I said, the wood's properties are hindered by that inscription"

The man in the blue robe sighs internally. He understands that if they had this information, the item would fetch a much higher price.

"The last item is the Crystal Jade", the old man holds it in his hands as he starts shaking and sweating profusely.

The man in the blue robe is by now used to the old man getting amazing items. He patiently waits to see what their Auction House lost this time. "Is that Crystal Jade that amazing to have you shaking like this?"

"Huh? No, the Crystal Jade is trash"

"Tra… Trash?", the man wearing the blue robe is frozen with his mouth slightly open.

"The beads?", the man in the blue robe exclaims.

The old man nods and explains. "They contain the long-lost technique of the Soaring Dragon Fist"

The man wearing the blue robe turns pale. "Soar… Soaring Dragon Fist Technique. It's said that during the last Great War one thousand years ago, the technique was stolen from the Dragon Emperor Wu Jungguo and was never seen again."

Tears endlessly flow as he thinks to himself. "To have such an amazing treasure and sell it for a few Spirit Coins. The Patriarch will lynch us when he finds out"

"I'll be on my way then", the old man says, picks up the items, and leaves.

The man in the blue robe stands frozen in his place. Unable to even stop the old man from leaving.

Meanwhile, outside the Auction House, at a nearby vendor, a young man is loading a carriage with a variety of supplies such as fabrics and fruits.

People nearby are watching mesmerized and somewhat confused. Some even voice their opinions.

"Isn't the silver robe, the attire of the Alchemist Village? Why is he loading a carriage? Don't they have people for that sort of thing?"

"That kid is Hu Li, the trash of the Alchemist Village"

"Even that place has people like that? Who knew?"

The Auction ended some time ago, and people are coming out of the auditorium.

"Hu Li, I'm going in to collect the Spirit Coins for the Liquid", the man accompanying Hu Li says.

Hu Li listens to the conversations but minds his own business. "One Hundred million Spirit Coins. Elders sure are amazing for brewing the Thousand Herbs Liquid", he thinks to himself.

The old man walks out of the Auction House and sees a lot of people. He acts inconspicuously and tries to go past them without drawing attention to himself. After all, he has a lot of treasures on him and among those, the long-lost Soaring Dragon Technique.

He walks through the crowd and without him noticing a string with beads falls to the ground.

Hu Li notices, pick up the beads, and runs to the old man.

The old man turns back and sees Hu Li.

"Ah, senior you dropped this", Hu Li says and gives the beads to the old man.

Surprised the old man takes the beads from the smiling Hu Li.

"It's a Crystal Jade I got from the Auction House earlier"

"I can't take this", the young man says shaking his head.

"Give face to this old man and accept it", the old man says with a smile.

"Thank you senior", Hu Li gracefully clasps his fists and bows after accepting the Crystal Jade.

"Hu Li", a man in a silver robe calls for the young man.

"Ah, I have to go. Thank you again senior.", the young man says and runs off to the carriage with the Crystal Jade at hand.

The old man caresses his beard and laughs. He then looks at the beads in his hand and sighs internally. "That was close"

It's already night when the carriage arrives in front of craggy mountains, reaching higher than the clouds.

In front of the carriage, lights start flickering from a tunnel ahead, and eight people with silver robes come out.

With the escorting of the eight Alchemists, the carriage goes in.

On the other side of the tunnel, is a long seemingly endless dirt road that goes through a dense forest.

The carriage with Xiang Tao and Hu Li, follows the road through the forest until they reach the Alchemist Village, located in the center of the dense forest, surrounded by mountains.

Hu Li nods and gets to work.

"Oh, if it isn't our little trash", a chubby young man approaches with two others escorting him a little while later.

Hu Li turns around, sees, and greets them with a smile. "Good evening brothers"

"Who's your brother?", the chubby young man retorts.

The other two laugh "Trash".

"Why are you wearing the Alchemist's attire? You are not qualified", the chubby young man retorts with a grin.

"Oh, this? Senior Xiang Tao lend it to me for when I went outside with him", the young man explains.

"Take it off", the chubby young man says in a stern voice.

"But nothing. Young master Fang Bao gave you an order", another one from the group says with a smug face.

Hu Li, unable to go against them, starts taking off the attire.

Fang Bao takes out a whip.

This first lash hit the young man on top of the eyebrows. Blood goes down his eyes.

"Who told you to take it off in front of me, trash", Fang Bao shouts as he maniacally whips Hu Li.

Hu Li doesn't say anything back. He doesn't scream or cry.

With each hit, fresh blood splashes out painting the ground.

The group of three just laugh whenever the whip takes out a piece of flesh from the young man's body.

Fang Bao at some point stops to catch his breath. "Hey, I'm tired, take over", he says as he hands the whip to another person.

"You three, what are you doing?", someone who noticed the commotion shouts.

The three run off.

Hu Li collapses on the spot.

Hu Li, manages to open his eyes for a second, and with a crooked smile, he exclaims. "Hehe, I didn't cry"

Hu Li is a fourteen-year-old young man, and anyone in his position, having their flesh ripped off with every lashing, a tear or two would leak out.

Yet Hu Li with his willpower alone manages to hold it in, up to the point he collapsed.

The next morning Hu Li wakes up.

He looks around with caution until he realizes it's his own room.

The sheet covering him falls off as he sits up. His skinny body is covered with bloody bandages.

"The ointment is going to stink for a while"

Hu Li startled, looks up and in front of his bed, a young man with silver hair floats in the air holding a book.

Hu Li thinks it's a dream or that it's because of the beating that he sees the floating young man.

"Who are you?", Hu Li curiously asks the floating young man.

"Why did you just stand there taking a beating?", the floating youth asks without answering.

Hu Li still hazy, lies back down and stares at the ceiling. He covers his eyes with the bandaged arms as tears endlessly flow. "I'm weak"

"Right. So, why did you just stand there taking a beating?"

Hu Li raises his head a little to look at the silver-haired young man annoyed.

"I mean, if you are going to lose anyway, at least take a swing or two", the floating young man nonchalantly retorts.

"I'm Ju Long. I've been trapped in that damn thing for a while now", he says pointing at the Crystal Jade.

Feedback is always welcome and appreciated.