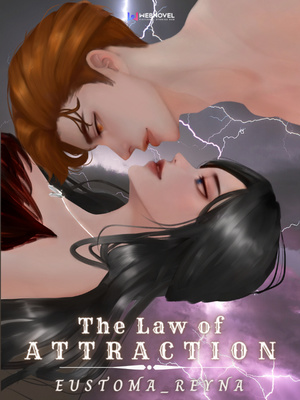 The Law of Attraction

Chapter 1: Kiss With The Stranger

"Oh crap… This will kill me...' Lana thought, as her amber, deep seated eyes blinked several times to kill her boredom.

She sat there lazily, showing no interest in whatever the two old ladies talked about while her brain was trying to find any good opportunity to leave this lunch meeting arranged by Jeru's grandmother with her mother.

She urged the need to roll her eyes as she maintained the smile on her face. She hated meetings like this. Arrange marriages for the purpose of maintaining their wealth and status disgust her.

She usually had a lot of alibis up her sleeves for escaping such kind of meetings but today her mother had unfortunately caught her off guard.

She looked around, and saw how a trap was laid for her everywhere. A paparazzi and a reporter were duly arranged to click any ambiguous moment good enough to create a huge scandal of future engagement between their families.

How did she come to know about the paparazzi? Simply because her radar and brain was too good and hyperactive to notice such things within a minute...

Nah… Well, It was because she happened to recognize one of the paparazzi…

Old Madam Liu was playing her dirty trick again. Lana sneered inwardly. It wouldn't be surprising if more media personnel were secretly hiding to capture a few more evidence of this meeting.

'Wasn't this Old Madam Liu a bit too overconfident with all her scheming in trying to make her and Jeru famous as a couple and pushing them into an unwanted marriage?'

Her gaze darted towards Jeru, a handsome man, ex-army general, heir to a huge business and had become one of her very good friends. But she couldn't even imagine him as her husband. She knew he had the same thoughts and feelings due to his hidden marriage as well.

She noticed the conflicted look on his face, his brows creased up and face showing obvious annoyance, as the chatting of his grandmother and her mother proceeded leading towards dangerous turns eventually.

Jeru looked helplessly at her, and she chuckled inwardly. She winked at him, with a devious sly smile on her beautiful face, assuring her friend that she would handle everything and so he did not need to worry but to just stay put.

After all, she wasn't just any woman. She was Lana Huang. She had faced storms and mountains of difficulties just to get where she was now. Lana could deal with this with her eyes shut.

"Lana, where do you plan to do your internship? You're graduating already and you're almost at the right age to settle down..." Old Madam Liu suddenly asked with a smile.

Lana cleared her throat, throwing a knowing look towards Jeru indicating the dangerous turn of discussion. This was it. The topic was now shifting towards them.

"I'm not sure yet, Ma'am, but hopefully, I will have it done at Sy Law Firm. Settling down? Probably when I turn thirty," Lana said with a poker face.

As she answered Old Madam Liu, her gaze swept past the paparazzi, and the other man, who was obviously a reporter, standing up from their table and seemed to be waiting for just a signal from Old Madam Liu to click a few pieces of new sensational news for their newspapers.

As Lana saw those people approaching their table, she moved her eyes to find what she was looking for and her eyes landed on a handsome man entering the restaurant. 'Just in time…' she mused while her eyes narrowed into slit.

He elegantly walked inside the restaurant, with a haughty aura around him, a really handsome man, draped in a navy blue business suit speaking of his high status.

She paused for a second as he looked oddly familiar, but that was not the time to ascertain his familiarity. The only thing that needed to be checked was his hand, particularly his ring finger. She let out a sigh of relief once she confirmed there was no ring. She quickly stood up from her seat throwing her usual bright but devious sly smile towards her mother.

"Oh, my boyfriend is here, mom. I forgot to tell you, but he's picking me up here because we actually have a date tonight," she articulated in a loud voice, making sure it was clear for everyone nearby to hear, including the reporters.

She quickly bid her farewell to Jeru and the ladies in an apologetic tone of voice as she walked towards the man and hugged him tightly.

"You're here," she smiled. The man frowned and pushed her gently. Lana could see from the corner of her eyes that the paparazzi and the reporters were staring at her in disbelief.

Then she looked at the man who had a bewildered look all over his face. He opened his mouth and said, "Who the hel…"

But before the man could finish his sentence, Lana quickly tiptoed and pressed her lips on his and kissed him without any warning. The man stood rooted in his place for a few seconds and just as he tried to move away, she slipped her arms around his neck and held him. Then she stopped for a few seconds in between their kiss to silently murmur, "Just help me out now, don't utter another word. I will repay you later for your help."

Lana tightened her arms on the man's neck when she still felt him struggling to push her away. Again, she captured his lips this time a little more, passionately. She wanted to hit herself for being as bold as that, so opposite to her true self when it came to the opposite sex.

It was her first kiss ever and she thought it would be easy to kiss just by copying what she saw in the movies.

She pressed her lips hard on the man's lips taking his lower lip in between hers and sucking on it. She could now feel the man's tense body relaxing and he was no longer struggling. Seeing the reporter staring closely at them, Lana deepened the kiss by engaging her tongue in the kiss and sliding it inside the stranger's mouth.

'This strangely feels good.' She mused to herself. Lost in her enjoyment she didn't realise when she was overtaken by the stranger and it was now him who started to be in control of the scene instead of her!

Lana batted her long curly lashes when she felt the stranger's tongue was moving against hers. 'What the heck?' she whined inside, shocked with how the stranger answered… 'What the hell?' she silently screamed, when she felt an arm encircling her waist while her body was pulled in even closer.

Her eyes wide opened, staring in disbelief into the man's deep seated eyes. 'His eyes…' Lana was dazed for a moment. She felt that she would drown anytime soon in his deadly look. But his lips were definitely not deadly that Lana least expected since she already assumed that her first kiss would be a disaster with a stranger of course but then surprisingly she was lucky enough to choose a good kisser on top of that.

Lana frowned, seeing the challenging look in the man's eyes who was somehow dominating the kiss. His eyebrows raised, as if telling her that she was the one who started it before he closed his eyes.

Then Lana felt his tongue probing deep in her mouth… She felt weird… There was something really weird happening with her body. Her knees weakened and if not for clinging tightly on to the man's neck she would have definitely fallen down.

After that tremendous kiss that felt like forever, Lana, finally managed to break that dominant kiss with the stranger and immediately pulled the man out of the restaurant whose face paled from a total shock. She did not know whether to laugh at that expression from the man. She wondered why he looked shocked when obviously he was the one who took the liberty of going all out in kissing her in the end. Both of them were actually panting when their lips separated.

"Wasn't that Liam Sy of Sy Law Firm?" Old Madam Liu doubted. Her face reddened from anger and embarrassment as she questioned Mrs. Huang, "I thought your daughter doesn't have a boyfriend yet?"

Mrs. Huang shook her head as she looked at the back of her daughter, who was rushing to leave the restaurant, "Even I thought the same. But I told you, my daughter is quite complicated. I, myself, have a hard time understanding her."

Jeru, on the other hand, was grinning broadly. Lana had never failed to impress him when it came to thinking of an unexpected solution like this one.

PS. My Other novels for HATE & LOVE SERIES follows:

(Every book is a STANDALONE book so no need to read in sequence...)

2.) The General Who Hates Me (completed)

3.) The Doctor Who Loves Me (in writing)

This is my 4th novel at WEBNOVEL platform... Hope you enjoy the story --- Ride with me and buckle up hahaha AND of course don't EVER forget TO VOTE and click the fire icon...

NOTE: If you see an advertisement in the middle of the reading, turn it off by going to PROFILE > SETTINGS > FARMING MODE (Advertisement) - then turn it OFF