Chapter 1 Being the king is a lot of work, so… I left  - The Lazy King Of The Monsters - Chapter 1 by BlackbellDagger full book limited free 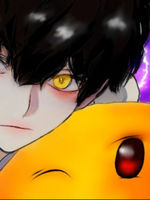 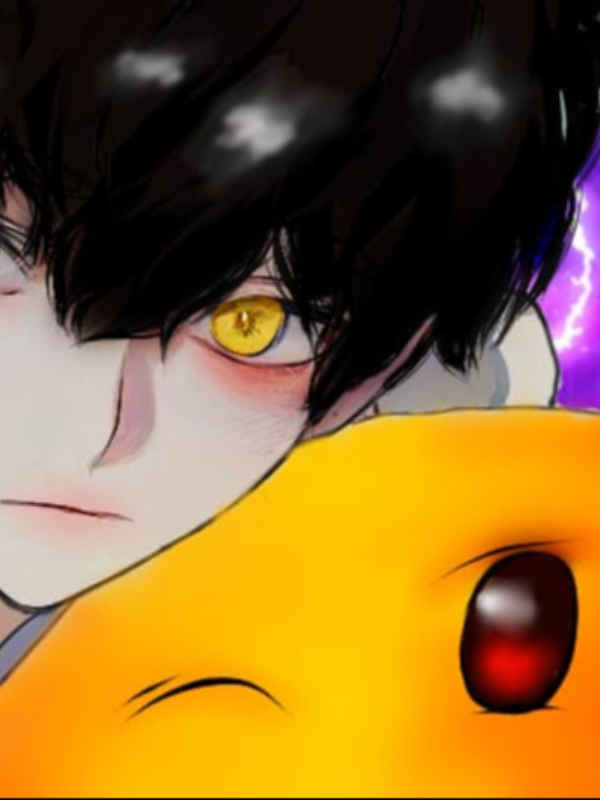 The Lazy King Of The Monsters

Chapter 1: Chapter 1 Being the king is a lot of work, so… I left

In life, I've come to learn that there is no such thing as good or evil, the reasoning behind what's good for you and your people can be the cause of dead and devastation for another. Knowing this I can't condemn a man, who kills to protect something they hold dear, nor to a man who was raised to save countless lives. they do only what they know and learn, so you're definition of evil seems a bit redundant in that regard. So live by your choices, whatever it may be can't really jump to a clear good or bad conclusion.

That being said, I believe self-righteous heroes are made to fulfill the wishes of others deem too weak to do it by themselve, they must be loved or feared enough to worship, but not enough to be despise. Hence there's a thin line between a hero and a villain, well actually it's more like a point of view because a great hero to me would be the worse villain to my foe.

Waste your time calling them righteous and all good but your definition of hero is someone who cleans up your mess because you say it's impossible for you to do by yourself, yet the villain would be the other side to this coin he would be the results on the other side of the heroes act. The country your fighting won't see this madness of his complete destruction the dead of their people has an act of heroisms would they?, terrorism yes the ladder not so much.Yet if u do too good of a job, you'll become a threat to the very country your protecting you see and be dealt with accordingly. I honestly find that out to be a shity conclusion in the life or the definition of a hero; so here's the conclusion or the realization that I've come to. I've decided I rather be none, I won't be your hero nor your villain I choose a different approach why not be a monster.

Monsters to me, I see as a force of freedom for themselves. Granted it may sounds a bit self-serving, if you think about it too hard. And honestly the circumstances that occurred that led me to this revelation, as cruel as it was was needed so just bear with me and don't stress too much on the details for now. What I thrive for is blissful neutrality, to be freed from any earthly burden to get a better understanding. Think less of a person holding all the power for himself, to just being an actual force not to be reckoned with. Sure they may be some who may want have some ratifications for my actions, but you see I've never seen somebody argue with a natural disaster about its choices. Everything it does, well... it's completely for itself. So, if the end result benefit or leaves you devastated it doesn't matter, didn't care... or u just have bad luck. I've always admired that so when I learn about the truth of the world I decided why not be a monster myself. But not just a monster, a monster with enough power and fear, to be seen something that cannot be bothered shrouded in mystery no one dare question a true natural disaster. It's been 14 years I've had the thought 5 years to fulfilled it 4 year to reach it, I know now after 21 years I look back and all I want to say to my past self… what the heck were you thinking!.

Sure I was a kid, I wasn't thinking about anything but my goals. But now, I'm left with a plethora of headache to deal with, first of all turns out monsters do follow a system of their own, strong rule the weak whether they like to or not. And that means, for every big boss I beat up... I get another subordinate to deal with. Awww... after all that, it didn't take me long to end up with a raid of monsters at my beck and call, with that my name seemed to travel fast as the wins causing more annoying bosses to come my way. King of the beasts, gods of nature, actual demons had their sights set on me... man it was annoying, not saying they were easy. Hell no!... they were heck of a lot more stronger than me, at times just surviving and strategizing was way harder than you could ever imagine. Luckily through that whole mess, I made some good friends and unfortunately some even terrifying enemies, and after 2 long... hard... painful.

Exhausting and stressful years of grinding my end goal was right in my face. But you see, my old self, you forgot to think of one thing to be a natural disaster a force not to be bother with, you must first take the spot of the one who holds it !.And in this world that title goes to the literal strongest monster alive a volcano inhabiting, Heavenly Dragon eating, Skin harder than diamonds, with eyes resembling a burning Abyss, two rows a basilisk like teeth and top it all off with actual magma dripping from his mouth, running through his very veins, the half immortal, disaster like change in weather creating beast of a behemoth. His Bellows create hurricanes, his talons could pierce the skin of extradimensional being such as angels, his Rage could make a giant cower in fear who's most famous for dead by combat, previous Demon King slaying, multiple God killing these are the thing this guy had already checked off his list, I had to get a cheat from both heaven, hell and earth to beat the dude which took months of continuous fighting. A year past after beating the guy, I had another problem on my head you see my old self; this is something I cant blame you for, cause you nor I wouldn't have know.

The real truth behind the system... you see between the forces of good and Evil come and unstoppable force, it keeps everything in order. So when one side would get too powerful it'll comes set things back into balance. I regrettably just so happen to have beaten that's said force. And is currently refusing with all my might to be engage to his daughter, a wicked headache follows me as well as orders for me to be killed on first site of weakest. As well as plans for my immediate disposal from both sides for more power, or has they would say for the better good of their respected nations.

Luckily present me isn't an idiot, so I gave the task of the monster king to one of my subordinate, leaveing it behind with my identity. Whether he's trustworthy to the task or not I do believe in one thing, and that is his fear of me, it's been 6 months since my plan has been in action living in a little Village called Rengma outside of all three borders more to the outskirts of the Holy Kingdom llam, a quiet simple lazy life is all I really need.

It's a peaceful Village buildup on a plateau between a few Hills in the small mountain range that separates the capital lands from the Red Minor Forest, it's a generation on generation builds upon blacksmiths Village. That does trading with most of the other Kingdom, with it's most frequent buyer being the Holy kingdom. I'm finding my time here extremely enjoyable the fresh mountain breeze, the rich bouncy of the land, having a few small patches of forest between the hills filled with wildlife as well as plants, rivers and streams. It's not that hard to find an enjoyable retirement here.

But with that being said, I'm finding that really hard to do right now, remember the monsters King daughter that I talked about before yeah regrettable as it may be. She was told by her father that anyone strong enough to beat him in the future would her future husband. That which seems to be their tradition I'm doing my damn best to avoid... but that chick. Even here in this Village I've tried to keep a low profile I've even been told I seem to be a bit shy for a man living with his wife and sister. The men from the village will constantly try to get me to join them to a bar or just somewhere to drink and have a good time the people of this Village are very welcoming and kind once you follow a 'good' way of life which is why I chose to stay here they don't ask questions but I still nice and manner able to even strangers.

I do have a relatively good relationship with the Village chief, as far as he knows the three of us are just survivors of slave camps from the demon continents. Which has left us very cautious off even our own kind and very fearful of any other which is why we choose to keep to our self. It's a decent story to rack up enough sympathy so, they won't ask for more details, and for the people of the Village to not stick their nose where it doesn't belong.

Honestly it would be the perfect story to keep people from bothering us but unfortunately, things will never go as planned. For it seems my little home just a little outside of town seems to be a bit too popular than I would like it to be. While recalling all of this in my sleep, I felt slight sense of danger.

I opened my eyes, only to be greeted by huge boobs pressed up on my face blocking my eyes, and nose. The sweet fragrance of white lotus, was good enough to almost calm me back to sleep. While it had a deep and relaxing aroma to my nose, it was still beaten by the soft smooth texture of the skin rubbing against my face. A lower body temperature than a normal person skin rubbing against me.

Which... might I say wasn't there when I went to bed. And what the hell is this feeling I have at the sides of my underwear, as if it's slowly being pulled off.

"I know that ice block, and I thought I told you to muzzle him while pining him down",

"That seems to be having an opposite effect".

"Damn it I was careless, those knockers must have knock him awake".

"What the hell are you bitches doing" I said,

"Preserving your lineage my king",

"In the process of making a strong baby to overtake you when the time is right, what else does it look like".

"Oh... I see". I responded after hearing their reply.