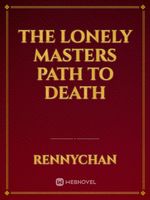 The lonely masters path to death

Sitting beneath the wisteria trees, Mu Qui blankly stared at the steam rising from the newly brewed tea. Picking up the cup, Mu Qui drank the tea disregarding the burn spreadings across his mouth.

"Master, your third disciple has returned!" bowing once to his master, a youthful man smiled mischieviously at the cold faced Mu Qui enjoying his beverage.

"Master have you heard? little seventh broke into the demon realm just to take the demon kings beloved hound! That old geezer was flaming when his precious pet was taken"

Pouring himself a cip of tea, Wu Yuli continued to inform his stoic master of the 'immoral' acts of his other disciples.

Smashing the cup onto the floor, Mu Qui frowned at the innocent lillies planted in the garden. Sweeping his sleeves, he disappeared from abode and summoned for Ming to report to him. Tapping the table, Mu Qui couldn't contain his anger and smashed down turning it into thousands of splinters that embedded deep into the wall. His eyes visivly shone with a red light like a beast ready to destroy everything in its path.

"Disciple Ming is here master", Ming saluted to his master with a frozen face. Bearing the cold gaze directed towards him, Ming held his position without twitching a muscle.

Summoning his Wisteria whip, Mu Qui sent two slashes toward Ming. A long blood trail extended across his arms shredding his black robe, despite the sudden pain, Ming did not move from the ground or retaliate.

"Do you know your wrong?"

"Then return to your cave and reflect for three months"

Bowing once, Ming left the courtyard and returned to his cultivation cave. The moment his master left his sight a small smile creeped onto his face, his master is as cute as ever ~(^0^)~

A joyous laugh resounded from above the wall breaking the bubbly air around Ming. Sneering at Wu Yuli, Ming threw a short dagger at the man still hysterically laughing at him.

"Oh my, Ming do you do these stuff on purpose? You know master hates when other people-- especially sect leaders who get killed so swiftly"

"Ay this is the seventh time you've been punished and you haven't learned, this time it was even one of the top 4 sects! At least bring me with you next time! It's so boring staying on this mountain everyday"

"We can switch if you want"

"No way! Master will beat me up if he knew I did this behind his back"

Ming scrunched his face in disgust at Wu Yuli's spoiled tone, although he looked like a young teenager, this old geezer was a few hundred years older then him.

"Scram! Your fortunate master ordered you to stay here, I have to anger master just to be able to return without a summon"

Sneering at Wu Yuli, Ming wanted to punch that happy-go-lucky face, his master was so biased, kicking out everyone except this idiot.

"Haha but master should let me out... Staying here is so boring" chucking a scroll at Ming, Wu Yuli skipped away merrily humming a tune.

"Master said all of his disciples must read this" Wu Yuli's voice echoed across the cave as he left.

After viewing the scroll, he tucked it safely into his storage ring that stored his 'master collection'. Ming couldn't resist a small squeal escape his mouth at the imposing words written on the scroll.

Mu Qui paced back and forth in his courtyard, unable to relieve the agitation in his heart, he summoned his mount to fly to the demon kings palace.

Knocking over the wall that was randomly placed in the back palace, Mu Qui was fuming mad and had to relieve all the stress. Yelling for Fu Ye, Mu Qui was half a step away from directly blowing up the palace.

"Qui Qui would you not disturb me so early in the day?"

Yawning loudly, Fu Ye squinted at the enraged man who was causing a havoc when he was sleeping. Normally he would kill anyone who dared to do this but the man was Mu Qui..... <(=m=)>

Glaring at the Mu Qui, Fu Ye was fuming both on the inside and outside. His black hair cascaded along his chest tempting someone to look at the muscles that showed through his messily worn robes. Unlike typical demons, he wore a dark blue robe rather then the usual black and gold, his transclucent pale skin was comparable to a glass sculpture but anyone who challenged this demon king knew how much power was stored inside this 'frail' body. His golden eyes were clear without cloudiness, the type of clearness you would not find in any human, the only thing that differentiated him from humans was the very obvious black horns on top of his head.

"Qui Qui one of your disciples already took away my Xiao Wu, what else do you want?? Do you know how hard it was to hatch that flame kirin! I had to sacrifice three holy artifacts just to make sure it didn't deviate into a normal beast!"

Throwing out the grievences he held, Fu Ye wanted to slap the pair of unreasonable master and disciple! First his precious cultivated beast was stolen and now he got woken up while he was grieving!

Fu Ye was about to thrash this man! He wasn't even listening to his complaints and just wanted to fight! Summoning his Devil Heart, he aimed his sword at Mu Qui.

Mu Qui summoned his wisteria whip and whipped it toward Fu Ye, dodging the attack Fu Ye dashed forward stabbing at Mu Qui's chest. Wrapping the whip around Fu Ye's wrist, Mu Qui twisted it sending Fu Ye flying sideways. Grabbing ahold of the whip, Fu Ye used it to pull Mu Qui along with him sending both of the airborne.

Extending his foot, Mu Qui kicked at Fu Ye's face but was grabbed, Fu Ye gripped it was all his strength and only released after a satisfying crack was heard. Both of them crashed into the palace wall destroying it into rubble, Fu Ye rubbed his head hoping it didn't leave a bump. Pushing away the rock pieces on top of him, Mu Qui limped out of the debris frowning at the numb feeling from his right leg, it was really.... satisfying!

Cracking his whip, Mu Qui sent it toward Fu Ye with all his strength. Sensing the destructive power behind the attack, Fu Ye dodged a few meters away from the whip.

"Are you trying to disfigure me??"

Throwing his sword at Mu Qui, Fu Ye released a black fog that spread across the entire area. Whipping the sword away, Mu Qui channeled his Qi into his whip, his weapon glowed a bright red that flickered like firecrackers, slashing it three times, the red light morphed into a snake that engulfed the fog but wherever the fog was devoured, more replaced it. Tsking at the annoying attack, Mu Qui closed his eyes and slowed his heartbeat.

Mu Qui stepped forward and moved his head a few inches to the right, then stepped back and ducked an inch, moved back then used his right hand to punch downwards in front of him.

The entire fog dissipated in seconds leaving only Fu Ye sitting on the ground holding his aching head.

"I give up! leave me alone! Your punches hurt alot you know! You've beaten me up you should be satisfied right?? LEAVE NOW!"

A few drops of tears instinctively fell from the pain radiating from his head, Qui Qui used all his strength and punched down on this horn! Fu Ye felt like his life was ending...

Feeling slightly bad for his friends... predicament, Mu Qui rubbed Fu Ye's head and applied some internal force. The excruciating pain quickly faded away as Mu Qui rubbed it, the rubbing was really comfortable aye. Squinting his eyes in comfort, Fu Ye let the human rub his head until the ache disappeared, waving the hand away he demanded for Mu Qui to leave and not return at least for the next hundred years.

Frowning at the outragous demand, Mu Qui objected "No, I need you to relieve my anger"

Puffing his chest, Fu Ye yelled out "Fight that brat Ou Wuyang! Despite only being a hundred years old that brat already reached the end of the Nascent Soul stage! You keep finding little monsters, are you trying to destroy the world??"

Everyone in the mortal realm, immortal realm and demon realm cried rivers of tears, the mischief and evil deeds of Mu Qui's disciples was notorious throughout the all of them! Whenever one mentioned Mu Qui's name they cowered in fear, fearing if one of those monsters appeared and claim their lives under the crime of 'badmouthing' their master!

Even praising Mu Qui could lead to their death! Cultivators learned to fear even the very name of Mu Qui after a top sect was wiped out for using Mu Qui to promote cultivation!

Flying back to his courtyard, Mu Qui laid down on his soft bed and fell asleep. The leg that was mangled from the fight healed at a visible speed soon returning to its original condition.

Fu Ye ordered for his palace to be repaired then went back to sleep, in a few days his divine flame kirin was taken and he was beaten up by Qui Qui, he simply had no way to release this anger other then sleeping.

Wu Yuli sat atop the palace walls watching the entire fight, his master is as elegant as ever~~

Disappearing from the demon realm, Wu Yuli opened portals to the other disciples and handed the scroll to all of them.

"Remember not to be late, this is the last mission master is giving us"