The Luckiest Mage Should Have a Harem - Fantasy

/ Fantasy / The Luckiest Mage Should Have a Harem 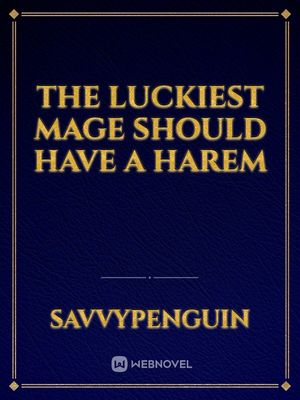 The Luckiest Mage Should Have a Harem

Warren Luck is just like any other high school kid, except he has been stuck paying back his Father's immense debt. Due to this, Warren has had an obsession on betting, gambling, and leaving things up to luck itself.


And when he could win big, things go south and Warren is killed for his actions, his luck finally running dry.


Now in the afterlife, it seems that all of it was for not. But then, a god appears before him.


It is the God of Luck Karma, who is thoroughly impressed with Warren's attitude.


Warren being who he is, has asked for a second chance at life and challenges Karma to a simple match of pure luck and skill.


In an "epic" battle, Warren wins and is reincarnated into a world of magic and fantasy, a single goal in mind. To gain what only the luckiest of men could unearth...


A successful Harem while becoming powerful.