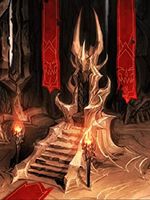 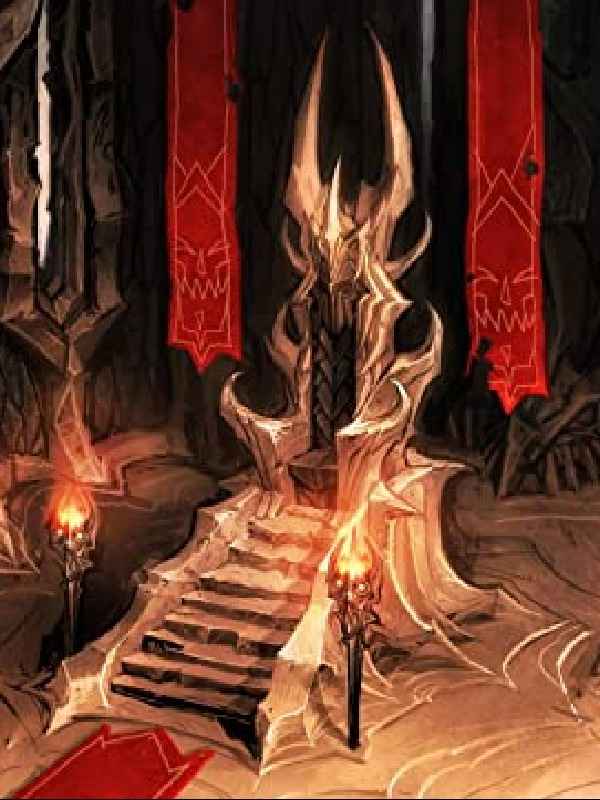 The Next King By Kai Susaki

A young man had laid unconscious in the middle of a room as an older man sat several feet away in a throne watching the younger one, leaning to the side and resting his head upon his hand while he waited for the other to awaken. Soon a few groans could be heard from the unconscious man as he began to sit up running the back of his head looking around before noticing the man in the throne, his eyes widening in absolute shock. He quickly bolted up walking backward trying to get away from the other man.

"I-I don't know how you got me back here but I'm not going to be apart of it, I told you already. You're my father but I disowned you and this damn family, you can kill me because I'll never agree on this." His voice would crack some trying to sound stern and more manly in front of his father.

Soon the man in the throne stopped resting his chin upon his hand and sat straight up looking at his son as he stood up himself stepping down. His steps were slow but with each step there was a small echo making every second more dreadful as he approached his son. The thick black hair dark as a the void looked like a lions mane along with each step almost as if he was hunting his prey rested there over his eyes not making direct eye contact with the younger man he was approaching.

While this was happening the son fell to his knees trembling in fear as he tried looking into his fathers eyes only seeing small red dots making him more fearful, it was like his father could stare straight into his soul and tear it apart. Small tears would run down his soft smooth cheeks as a few strands of silver hair fell down hiding a few of his tears trying to cry silently, nothing could ever make him this scared but his father. He'd back away more getting up against the wall unable to go anywhere else now since his father was getting to close making it impossible for him to escape.

A very long blade appeared in his father's hand gleaming red with a black edging as it seemed to make the room a whole lot hotter, the temperature starting to rise rapidly while the tip of the blade made its way to his sons chest burning a hole through his shirt and leaving a scar. His son could catch a small glimpse of his eyes and it was something he never expected but the blade quickly pierced through his chest causing him to scream in pain but right as the blade went into his chest there was a loud sound.

Soon his eyes opened slowly with a few tears running down his face while gripping his shirt and sitting up as he reached over turning off his alarm clock, it was eight in the morning on a Tuesday originally being his day off but that wasn't want his phone was saying as he checked it. It had several messages saying that he needed to be at the set by nine in order to take his replacement photos since the photographers computer broke losing all the pictures he took the day before. He sighed before standing up still gripping his shirt near his chest, the pain he felt was so real but it was just a nightmare.

"What a night, a celebration party then a few after parties, not to mention all the drinks, after that I pass out drunk in my clothes, have a nightmare about... Him, and of course I have to go to the set for another shoot. I'm going to kill both that photographer and my damn manager if this keeps happening." He pulled his shirt off exposing his fantastically chiseled body, nothing too muscular but a very great six pack and V line. Making his way into the bathroom he got a phone call from and picked it up automatically hearing yelling before he could even put it to his ear.

"What the hell were you thinking, Alex?! You went out all night getting drunk! I know this was supposed to be your day off so it shouldn't have mattered but it does! Your partying way too much and I don't care if your doing it with fans either it's still stupid!" It was his manager Katelyn chewing him out like always about every little thing he did, being both a model and professional music artist meant that he had to put his health as well as his looks first so drinking could only be casual drinking for him but he never listens.

"Listen, listen it was only meant to be a celebration my with my bro but things got kinda out of hand. I was going to leave after a few drinks I swear, but you know how he is. He's a big party animal and I'm sorry, I didn't mean to worry you or that gorgeous face of yours." He'd try sweet talking his way out of things like usual but surprisingly it works for some strange reason.

She sighed and it was a very loud dramatic one as she began to speak quietly. "I guess I can't stay mad at you... Just be ready for the shoot later and I'm so sorry to bring you in on your day off."

As she hung up his gaze fixed on himself in the mirror noticing what seemed to be a scar right where he felt the sword in his dream pierced, gently touching the scar it healed completely as if it wasn't there at all. He found it strange that he was injured from his dream then he started to question if it was one of not, if was too convenient that he had a scar there after what he assumed a nightmare and even if he got injured that night when he was partying there wouldn't be a scar so now he was doubting his nightmare. His mind was all over the place now but he shook it off before getting in the shower to get ready for the shoot.

After getting out of the shower it was eight thirty, luckily an outfit was prepared before he got into the shower so changing wasn't a problem. Alex had gone down the elevator while fixing his clothes and scrolling through all his messages seeing that some people asked where he disappeared to, some asked if he want to another party, or if he went home early since they couldn't find him. That made him think about things once again, maybe his nightmare was real but he got so drunk it only seemed like a dream but at the same time it didn't make much sense to have a scar since where the sword pierced would have been fatal.

Alex sighed as he got into his car going to the shoot trying to not think about things despite how hard it was. As he arrived his manager greeted him then dragged him to the set seeing another model there that he never seen but once he got a good look at her his eyes widened, being in complete shock he stood there frozen. Seeing her face answered all the questions he had, his nightmare was real, seeing his father was real, just the wound he had was real meaning it was left there for him to see.