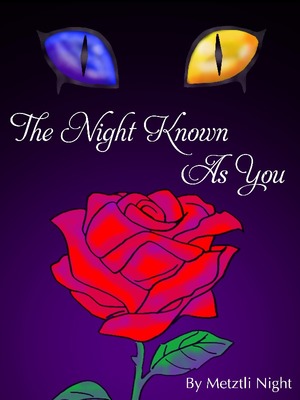 The Night Known As You (BL)

The universe and the Gods themselves may be keeping us apart but I'll rewrite the universe, go against the gods just to be with you once more. Watch me set the earth and the heavens ablaze just so I can hold you. All that I am and all that I have are yours now and forever.

With surging tide,
the waves are thrown
An Entity, of all its own
But on it's surface you may see
Reflected in the waters, be
The Orchestrator, pale and still
Pulling strings, enacting will

Version 7 a perfect being, that was created to become the leader of the versions the only obstacle is having to prove himself by killing the Demon Lord, is suddenly replaced? In rage Version 7 sets off to take back his destiny, just to find out that, the creator's son has taken his place.

Will he walk down the path he was created for or is he already walking it?

This book is slow moving due to complex storyline and will pick up the pace after chapter 37.

This is experimental writing where all characters has their own character development and own challenges but the main highlight would be V7.

This is a second volume to the series but it doesn't matter if you haven't read the first.
( Mainly because it would be revealed in the second volume and because I only wrote the story line planing of the first book and not actually written the book.)