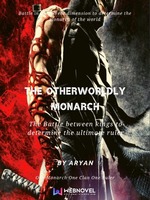 Tyson Blaze, A high school student finds himself mysteriously
summoned in another world called Aceheim which was in a different
dimension. This world is inhabited by several species of Monsters, Demons
and Other Creatures. This world consisted of only one continent called
Yulia which was divided into Eleven Estates and each estate was ruled by a
Lord. But, Constant wars between the Lords to gain control over the land of
Yulia ended in causing instability and Havoc in Aceheim. Thus, the Ultimate
Rulers known as Grand Masters chose 33 People from different corners of
the multiverse to fight several death matches in a tournament called,
'The Tournament of Heavens'.

From the 33 Contenders only Eleven would survive and other would die in
the tournament. These Eleven contenders will be granted mysterious powers
from the Eleven Grand Masters making them Kings. Then, the eleven kings
must conquer the eleven estates of Yulia to end the long waged wars
between the Lords thus, restoring stability and Peace in Aceheim.

Tyson Blaze is among the chosen 33 Contenders who would be battling in
The Tournament of Heavens. He must survive and become one of the Eleven
Contenders so that he can conquer the Estates.
Tyson must battle through the end and find a way back to his world. He must
sacrifice what he loves and take what he hates the most. Wars, Bloodshed,
Conspiracies, and Betrayal awaits him and the path he will choose would
decide his fate. In this War of hunger for Power, Riches and Throne, Will he
be able to become the Ultimate Monarch and restore the prosperity of Yulia
Or will he be tricked and get destroyed by others in the wars between the
Eleven Estates of Yulia?

Release Rate: 3 Chapters Per Week
[Can be Changed according to the opinions of the Audience]

Releasing Days: Friday, Saturday and Sunday [May vary as per situations]