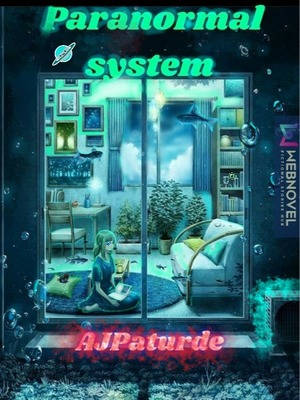 The wind was blowing harder than ever at the airport in Canada. Alen and Isel were trying their best to endure the strong wind, which was just on the verge of blowing them away.

"Dear, this is getting worse, we should have not summoned 'IT' we are ..."

"Don't think about that Isel,"

"Tch!" Alen threw his white hairs behind with a push by his hand. he was holding a little telephone like thing in his left hand. Isel, his wife was just beside him, her hands were also full, but because of the wind and the typhoon, no one was able to see what she was holding.

No one was there to see. Just Alen and Isel and...

A hard roar again in front of Alen, "I have called Cheif secretary, he will be coming soon I guess, he should!"

"Dear... don't tell me.. you are giving our company in the hands of that person?" Isel's eyes went wide with that thought.

"Then who?!" The wind hit Isel hard, and so did Alen. They were holding the corner of an airplane near them, the stairs of that. they moved a little back with the grip just barely on the railing of the stairs.

"Sir! CEO Mr. Smith! I am here!" Alen and Iselat at the same time moved their head back to see the secretary head behind them, running at his full speed and also trying his best not to get blown away by the wind, a chubby fat man reached them.

"Sir! what the hell is that thing-?!" Jim's eyes went wide in fear and surprised when he, at last, saw a big figure hidden in the fog a big monstrous figure behind the fog, only the silhouette was visible.

< Taking over you. Better save yourself before >

"We know that! Shut up, please! This is all your fault this is happening!" Alen shouted at the robotic voice.

"Look here Mr. Jim," The big circle eyes of Jim turned to Alen, "this is the end, I want you to look after Rena but from the dark, I trust you the most, don't break the trust of mine please."

< Liam, Rena in danger, you have to go before they are gone >

< Yes, I am with you and will be with you forever Mr. Alen >

"Dear.. don't you think we should keep Ay with children?" Isel glanced at Alen, her eyes being too innocent showing the concern for her kids. Alen shook his head.

"They are too young, they will be scared if they see this. Better not let them know about this,"

"At least leave someone to look after them!"

"Of course, we have to do that, until we come back, Mr. Jim will look after Liam and Rena," Alen whispered, he didn't want Jim to hear it.

"At least there will be someone till we come back."

"Don't be so sure about ti Isel," Alen was being pulled in the fog. The dark fog with the creature going berserk behind the fog, the silhouette of that creature like it was behind a curtain.

< The time to go, if you don't go within 1 minute and 14 seconds then 'IT' will get your kids > The robotic voice warned.

"Yes sir! I got it!" Jim saluted Alen and Isel at the same time.

"It was good to meet you, Mr. Jim," Isel told him. The tears finally started to fall off the eyes of Jim.

The fog started to get dark and darker. Within no time Jim was not able to see anything but just an empty airport in front of him.

"Uhm? What am I doing here?" He questioned himself, "Ah right. I have to go to the company," Jim turned, he climbed his car. The engine started and he took off.

"Put the main priority of Jim,"

"Thanks, Ay. We can go with no worries now,"

< Where weak start to level up, they become stronger than anyone... >

"We will meet you after 2 months, kids." Mr. Smith told Rena and Liam as they stared at their parent with a desponded look on their face.

Neither Rena nor Liam was happy with their parents going on a business trip of 2 months. "Hm!" Rena managed to answer her dad.

"Kids~ we know you are not happy with us leaving you both behind but we have got no choice." Mrs. Smith affirmed Rena and Liam. Moving her hand on Rena's head giving her a head pat.

*Horn~* A screeching shorn of Honda car made Mr. Smith alert. He turned his face to the Honda that was standing on their driveway. "As you can see." Mr. Smith stated, "The car has arrived we will now have to leave for the Ohio Airport."

"Why so early?" Lima muttered looking down at the pavement.

"Ha-ha," An awkward laughter, "We have to leave early so that we will reach Canada early." Mrs. Smith answered Liam. "See ya!" The last good-bye from their parents.

Mrs .and Mr. Smith slowly walked through the cement pavement crossing the road and slowly sitting in the Honda.

Yo guys if you are enjoying this book then please keep it voting. this book is participating in the WPC contest so I need your support very urgently, please help me.

And also enjoy this book to your hearts' content and vote for more chapters.

If this book wins the WPC contest then I will be happy to give you a reward of 6 Chapters in TGIF!!!!

Buy privilege, and get to read ch in advance also amazing perks!