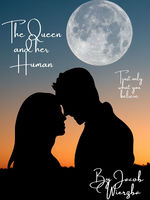 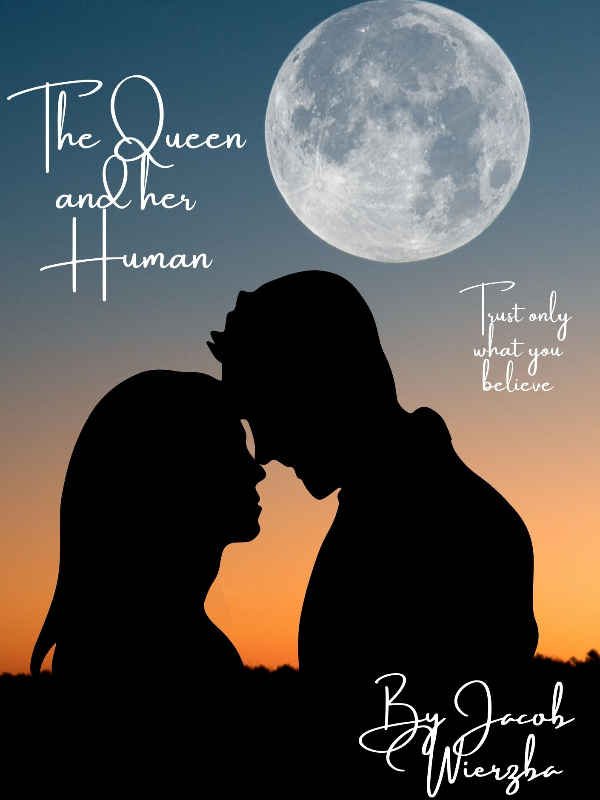 The Queen and Her Human

The sky was filled with dark clouds, and nothing but rain, it looked like an ocean as wide as the storm was. Two young men waited in an airport terminal for a cab, to go to the apartment they were moving into. The city was smaller, it was more like a large town and it had a ton of people living there. The city was hidden from most of the world and it was based under-mount Fuji, just hundreds of feet from suicide forest. Both of the young men were about the ages of seventeen and twenty, Their names were, Jacob and Bradley. Bradley was the younger one and Jacob was the oldest, Jacob was covered in scars and wore dark almost all-black clothing. Both men were brothers, they looked very similar to each other. Both wore black and had scars on their bodies. Jacob wore a smile on his face that made him look vile in nature.

You wonder at this point, who's telling you this story? Well, that would be me Jacob and my last name is cold, I'm a bit taller and stockier than Bradley and he was my opposite to life. I was bright and cheery and he is dark and questions everything.

We waited for a long time for a cab, nothing came by so I checked to see how far the city was from the airport. It would take us an hour to get there by foot, but it would be worth it in the end. So we had we walked to the city at a steady pace. We walked for ten minutes into the walk to our new life Bradley asked me how long would it take to get there. The phone said it was going to take an hour, but the rate they walked may be less than expected. We went over the hill and saw it and the forest it was near. "Brother Is that the suicide forest we read about?" Bradley asked me when he saw me smile. "Yep, and I heard the city is inhabited by strange people, but that's all I see on this page," I said to Bradley.

I saw Bradley was hesitant and so I grabbed him and then said this to him. "We need a place to call our own and this city is where we can do it." I ended our conversation with that and we continued our journey to the city.

We got to the entrance of the city and you couldn't see anyone but the main street was long. We looked over at the forest and then walked into the city. A huge flash of green light hit our eyes and a surge of positive energy flowed through our bodies. We felt good from the energy and we didn't know why. I had a place picked out for us already, so we had to just find the apartment. We walked around for a bit, to find our new place but it was hard. We are Americans looking for a place in the Japanese language we didn't know well. I felt after a while we were being judged by the city, I felt like we're trespassing and I was going to be asked to leave.

We passed a few houses and then we came up to the building to match the names on my phone. We walked into the building and there was a crowd of people in the lobby. "Hello and welcome to the city and Welcome to the MF Apartments." said a pretty woman, who was turning around to greet us. Bradley and I dropped the bags to the ground and took a minute break. "Hello miss, We are the Cold brothers. We had talked to someone about an apartment here last week. " I shook the woman's hand as she became uneasy by our smell. "Yes, I remember talking with Jacob, we have you upstairs on the backside of the building." She said having us follow her through the building.

As we three walked through the city we noticed there were a lot of people in the building and it was bigger than we saw outside. Then the woman spoke up after a couple of minutes of silence. "Oh, sorry guys my name is Aira and I am the landlord of this building and we are glad to have you both." She said to us as she opened a door for us, It looked amazing with a luxurious feel to it. It was old school with new school critter comforts that we all are used to. "Thank you, Miss Aria, This place is amazing," I said as she left us to our new home, Bradley and I went to our rooms to unpack our stuff. I came out after an hour in my room and checked out the porch and lit a cigar while looking around. Our home was huge and we had a third room, so we declared that an office for whatever.

As I was smoking I saw the back courtyard, It had huge pools and a beach area so I went down with a soda and a cigar. I sat in the chair near the water and began to smoke the cigar. I wasn't looking at anyone but I could hear them talking about something. I was too far from them, but they kept looking at me. That's when I started to look around and saw many of them and strange-looking faces and weird eyes. I looked confused for a moment, then I sat back in my chair and thought, "Maybe it was just my head playing tricks on me again?" I was taking in the sun as the group near me saw my cigar in my mouth. "Hey, could not smoke that thing near us, please it smells." They smelled the air after I put it out and looked at me the way Landlord Aira did. I left shortly after that to not cause a problem.

When I was back in the apartment, I started to look for some work in the newspaper, Then I saw the Arena nearby the apartment had open and looking for fighters. I looked over at Bradley, who was doing his homework for school. Since he was still seventeen, he was still going to school. I smiled when he looked over at me and he got pissy with me. "What the hell are you smiling about brother?" I laughed, then I called the number on the paper and set up a match for the next night.

The next morning, I went in early to check out the arena and watch a sparring match. Last night I was going through what I saw with the neighbors. Then, seeing the men fighting right in front of me, I got my answer. Everyone in this city was either a fairy tale creature or monster-like folklore. I was a stronger person than normal humans and having a sixth sense about weird things Is my gift but this was ridiculous. I was watching a werewolf spar with a rock gargoyle, it was fun to see for someone like me.

I sat on a bench and thought, hey, if they want to be left alone, so I should just not make a big thing about this. After a bit, I went and found the manager of the area to talk with him. I found them after a while, but she was no man. She was a full-blooded succubus, I walked right up to her and she noticed me right away. "Hello miss, I called yesterday for a match tonight." I held out my hand to shake her's, she looked at me and saw I was still not phased by her. She shook his hand, then she told me My opponent was the Gargoyle fighting with the werewolf. Then she said I was going to fight at noon instead of at night. "Why Noon?" I asked and she said, "Since you're human, we want to have a fast match and not disappoint the night crowd." When she told me that I got a little pissed off.

"Sure, I can go at noon." I smiled as I saw no one was in twenty minutes. I got ready fast and you could say I looked like an MMA fighter. Heavy black shorts and my gloves were worn from my training. You still see the old reaper logo on my wrist. The manager saw my worn gloves and spoke with me for a moment. "Hey, my name is Litta by the way and I'm telling you now, Humans are not going to be able to make it in this city for long. They are fearful and dangerous to the monster kind, it's marked on all the history books. " She said to me patting my shoulder, I brushed her hand off my shoulder, then stood up from the bench. "If I win this match, can I have a permeate place on your cards?" I asked Litta and she agreed with my proposal, I then cracked my knuckles and headed to the Ring.

This is just a start of a long part one.