The Requiem of Lost Sheep - Horror&Thriller

/ Horror&Thriller / The Requiem of Lost Sheep 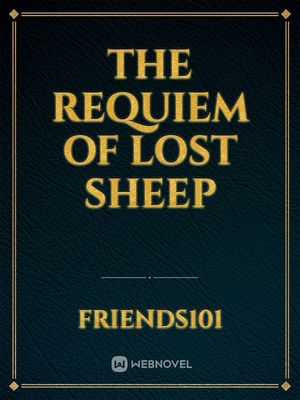 An old man appeared out of place in this landscape of a bar. It's bartender was rather strange, one moment a boy the next an old man on his last breath, even coughing a few times. A while later, having calmed down, the old man started a conversation with the odd bartender.

"Hello, my name is Anthony Vargus. May I know why I'm here?"

[Welcome current head of the Vargus familia, your new aren't you. Well, now your here, to have your sins be judged by me. Yes, a surprise isn't it. What? You thought that your organisation already killed Death? Well..., who said there couldn't be another one? Who said that those arrogant assholes up in their so-called Heaven can't be killed? Really, you guys did a really good job killing Death, now, I have a request, could you help me kill every single bast*rdous piece of crap that stinks in that "Heaven" of theirs? In exchange, your people will be free from Death's grasp for 2 years. I'd advise you to hurry, afterall, you were the one to come up with the idea of deicide aren't you? Now, scuttle back to your little mouse hole and grow tremendously with the time I bought you, grow so well that you shall no longer be a weak rat but a hungering Gigant, willing to fulfill your role to tear those f*cking Gods to shreds and when your done, We shall have a taste of the Divine flesh. Drink their blood and feast on their bones! Go! Let loose on them! Leave on my decree!]

"You intend to kill more Divinities?", the old man cried out, shaking in fear at the thought.

[Divinities? The Divine? Gods? Those narcissistic asshats don't deserve to be called that. I'm sure that as a member of the 5 Kings and an expert in kingdom management that you should realise that every single one of those Churches, be they member or Cardinal, their minds no longer belong to themselves and are but mere pawns of those damned "Gods" to be used for that trashy game of theirs. If you do help, outside of 2 years without Death, I shall also hand over 2 Divine ranked items and the Vessel of Chaotic Corruption, agreed?], saying that, the 'thing' in front of him raised its hand and offered it to him. And he took it. He too, had had enough of the Four Churches and was willing to even become the greatest sinner in the history of the world of Rein just to take down the Churches and stop the cruel games of the Divinities.

"I hope I didn't make the wrong choice here.", said the man for he quickly reverted to his youthful days.

[Don't worry too much about this deal of ours and just enjoy the new and youthful body of yours. Afterall, you aren't the only one within the 5 Kings to have contact with me. Other than you, every one of them has met me before. The first was the King of Undeath, as a Lich King, it was rather easy to pull him over here. Anyway, I'll establish the mental connection of the Mana network with you now. There it's done.], after saying this, the King of Delhait Kingdom titled King of Structure felt something poking into his head and suddenly felt a connection to 5 different places.

A young voice rang out as the image of the King of Life shown itself, quickly followed by the other members of the 5 Kings.

[Now, it's time. The first to be taken down is the Goddess of Life. Next is the Four-Elements God. After that would be the Primordial Moon Goddess. Finally, the main course will of course be the man behind the scenes, the World God.]

Following this, a year and three quarters later, the world suffered tremendously for the Gods died in the hands of Men and their Divine Orders were taken away, each one in a different hand except for the King of Undeath for he was promoted to Death by the mysterious being. Finally, humanity was free from the greedy grasps of the Gods. From here on out is the story following the events as we go on and look at the being's life.

[Well, well well. A rat is peeking out of it's cage. How interesting!]